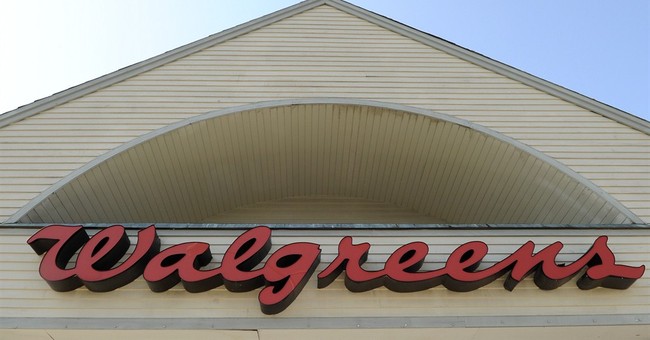 Like the president said, "of you like your health care plan, you will be able to keep your health care plan. Period. No one will take it away. No matter what.” Well, unless you're one of the tens of millions of Americans who can't. Including, it turns out, lots of Walgreens employees (via Ed Morrissey):


Walgreen Co. (WAG), the biggest U.S. drugstore chain, will move its workers into a private health insurance exchange to buy company-subsidized coverage, the latest sign of how the debate over Obamacare is accelerating a historic shift in corporate health-care coverage. Walgreen’s decision affects about 160,000 current employees and follows similar action this year by Sears Holdings Corp. (SHLD) and Darden Restaurants Inc. (DRI) As an alternative to administering a traditional health plan, all three will send their employees to an exchange run by Aon Plc.


IBM and GE recently announced similar changes in their retirees plans, which are not to be confused with UPS' decision to drop spousal coverage. CBS News reported the "big deal" announcement this morning, noting that employees may have to swallow more out-of-pocket costs due to Walgreens' cost-saving move:


As the CBS correspondent points out, Walgreens made this move to insulate itself from anticipated rising healthcare costs, which Obamacare was ostensibly going to reverse. Based on CBO projections published yesterday, health costs will continue their inexorable climb, approximately doubling within the next 25 years. Walgreens will provide employees with a flat stipend to help defray some of those increased costs, but employees should brace to pay more on their own. What makes this particular corporate decision ironic is that Walgreens agreed to team up with HHS to promote the new law, which has now forced major benefits changes within their own company. The drug store chain is boosting a policy that has forced management to expose one of the president's core pledges as untrue. In a feisty segment on Fox News earlier this afternoon, I debated an Obamacare supporter on the change:

Fowler can't quite bring himself to admit the obvious: Obama's unamiguous vow to voters was false. Instead, he does a lot singing and dancing about the value of "choice and competition," (while, of course, opposing Paul Ryan's bipartisan reform to save Medicare), and echoing Harry Reid's pronouncement that Obamacare is only the first step toward really fixing our still-broken healthcare system through a fully government-run single payer system. Confronted with this $2 trillion law's undeniable failures, its cheerleaders are already making the pivot to their next bad idea.