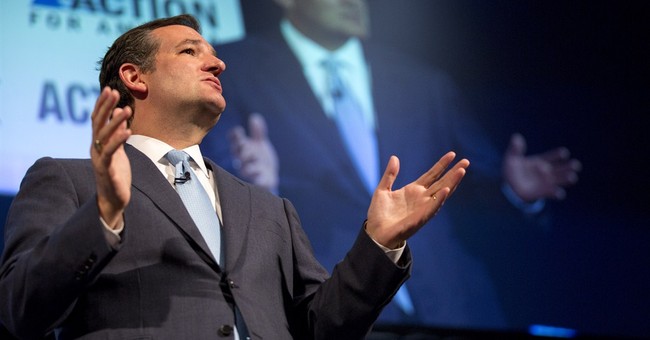 With President Obama mired in another summer slump and his unpopular healthcare law falling apart at the seams, conservatives doing what they do best: Destroying each other via self-defeating circular firing squad.  Tea Partiers are an indispensable element of America's anti-Statism coalition, but the wisdom of this move is dubious at best.  The Washington Post reports:

A pair of tea party groups is teaming up to pressure key Republicans to support an effort to defund Obamacare.  Tea Party Patriots and the grassroots group For America are launching online ads against a dozen GOP senators who either oppose the effort or haven’t announced a position.  Along with the ads, leaders of the groups will embark on a six-state, five-day “Exempt America” tour (the idea being that the American people should be exempt from Obamacare) that will bring them to the home states of several of these senators. The effort comes as Defund Obamacare – whose supporters pledge not to fund the government if it includes money for the president’s health-care law — struggles to gain the traction it would need to actually force the issue. Several GOP senators have opposed the strategy in no uncertain terms. Through the online ads and the multi-state tour, Tea Party Patriots and For America will accuse such senators of supporting the law if they vote for a budget or a continuing resolution that includes money for Obamacare.


Contra these organizations and Marco Rubio's overheated rhetoric, opposing an ill-fated anti-Obamacare tactic does not make someone a "supporter" of the law.  That's unfair, unhelpful demagoguery.  I've written about this dispute on several occasions and have made my position clear.  Like many conservatives, I have a respectful difference of opinion with the Cruz/Rubio/Lee effort to use the looming Continuing Resolution debate (and its implicit threat of government "shutdown") as the leverage point to try to defund the so-called Affordable Care Act.  In a nutshell, the Democratic Senate simply will not pass a CR that excludes some or all Obamacare funding, and the president would veto any such legislation anyway.  Indeed, Democrats are positively giddy over the prospect of this fight.  As with the fiscal cliff (but unlike the sequester) the law is on their side.  They win by trodding the path of least resistance.  Not only do Republican attempts to strip the law of funding have no chance of succeeding, they would also hand the Left a golden opportunity to conflate (popular) Obamacare opposition with (unpopular) government shutdown.  In response to arguments along these lines, my friends at the Heritage Foundation have produced a new video debunking "myths" regarding the defunding push:

I've seen conflicting evidence on the mandatory spending question.  Heritage cites examples wherein some mandatory spending has been rolled back using appropriations bills, while the non-partisan Congressional Research Service has rendered a different verdict -- at least on this somewhat narrow question.  In either case, the likelihood of Republicans successfully zeroing-out Obamacare spending through the CR is nil.  I happen to agree with the contention that it would be Democrats, not Republicans, who would really be responsible for a government shutdown.  But will average Americans buy it?  Polls show that the public is heavily predisposed to blame the smaller-government party for a possible shutdown.  Granted, "shutdown" sounds much scarier than it actually would be, but there's a reason why Republicans caved on it in the 1990s, and undoubtedly would again this fall.  Read Ramesh Ponnuru's thorough debunking of the revisionist history being touted by some as evidence that the GOP would emerge triumphant and relatively unscathed a "shutdown" debate.  Think of it this way: If Republicans have any chance of persuading the public that the conventional wisdom is wrong, and that the president's party is at fault for a shutdown showdown precipitated by Obamacare, they'd need to present a strong united front and over-perform in the ensuing messaging battle.  Does anyone expect that to happen, especially in light of recent evidence?  The best hand Republicans have to play is to use the law's mounting failures against it by forcing Democrats to vote on widely-supported measures such as delaying the mandate tax, repealing IPAB, undoing the outrageous Congressional exemption, and requiring anti-fraud measures be in place prior to roll-out.  Sen. Rand Paul, hardly a shrinking violet 'RINO,' seems to understand this reality:

U.S. Sen. Rand Paul argued Wednesday that he does not support a shutdown of the federal government in an effort to defund the Affordable Care Act — known as Obamacare —but still wants Republicans to fight for changes in the reform. “I am in favor of using our leverage to make it less bad,” he told reporters...Paul said he would likely oppose a stop-gap spending measure that would not allow government to continue operations unless it sets a course toward balancing the federal budget. He added that while he would prefer to defund Obamacare, “I also know that we don’t control all of the government, so we fight for what we can get.”

Like Paul, I have no issue with conservatives who genuinely believe this is the fight to pick.  I believe they're mistaken, but I share their intense contempt for this law; in fact, the defunding gambit may not be a bad opening posture heading into the upcoming negotiations.  That being said, it's counter-productive madness for conservatives to assail each other at a moment when the other side should be profoundly vulnerable.  Strategic disagreements are fine.  Foolish litmus tests and ultimatums are destructive.  I'll leave you with the latest data from the aforementioned CRS.  Trainwreck:

Forbes' Avik Roy has more on the dysfunction here.

UPDATE - Here's a much better use of conservative resources vis-a-vis Obamacare opposition.