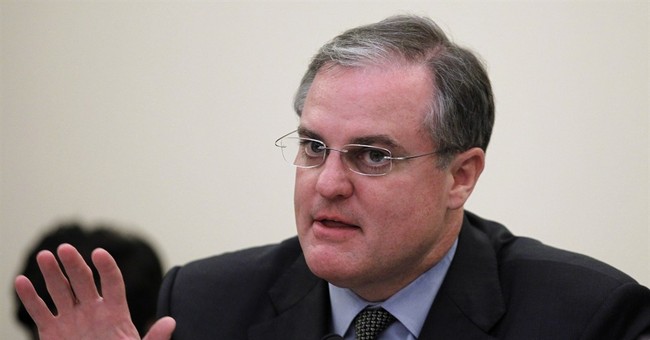 If the GOP has any prayer of winning back the Senate next year -- they need to net six seats -- they must take advantage of Obamacare as a winning issue.  It's been clear for years that the American people loathe the law.  Will Republicans (again) persuade voters to punish Democratic incumbents who enabled its passage, this time as the law rolls out?  Because Harry Reid needed every last vote from his caucus to jam the "Affordable" Care Act through, any single Senator in that coalition can be accurately described as the "deciding vote."  David Freddoso flags a solid attack ad that merges several potent anti-Obamacare narratives.  Its target?  Arkansas Sen. Mark Pryor:

"Deciding vote," Pelosi/Obama, job losses.  Good morning, good afternoon, good night. Unable to dispute the devastating contents of the ad, Pryor is assailing the small businessman who stars in it:

“The person that they have on the ad, from my standpoint, doesn’t have any credibility. He’s a well known Republican supporter and turns out he also took $300,000 or more in stimulus funding,” Pryor told the Arkansas News Bureau.


Do the employees who were laid off or saw their hours cut because of the law he supported have credibility, Senator?  The DSCC picks up on this line of attack, too:


"Typical arrogance and hypocrisy from Tom Cotton and his allies in Washington," DSCC spokesman Matt Canter said in a statement. "They never let actual facts get in the way of their arguments. Cotton and his allies need to understand that Arkansans expect their public servants to be honest and thoughtful – not misleading and hypocritical." Cotton was not involved with the ads.

Canter doesn't detail a single fact he disputes, but he does imply that Rep. Tom Cotton -- who might run against Pryor -- was behind the (accurate) spot.  It's a misleading assertion, but since when do Mark Pryor and his allies in Washington let actual facts get in the way of their arguments?  Also, any sentient Arkansan voter will recognize that the ad is about Obamacare, not the failed stimulus (for which Pryor also voted), rendering Democrats' "hypocrisy" charges moot.  In any case, this advertisement is hard-hitting and factual.  It should be replicated in contested races against embattled incumbents in places like Alaska, North Carolina, and Louisiana.