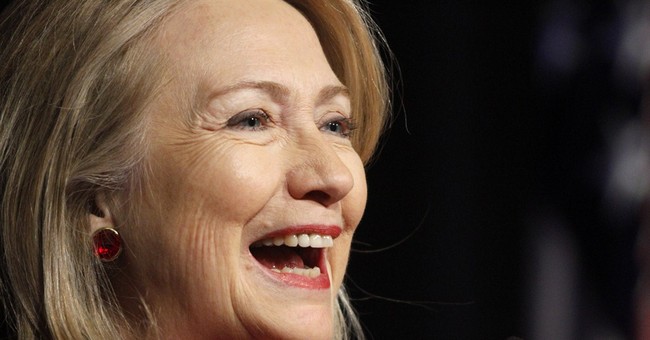 This very well may end up amounting to nothing, but hmmmmmmmm:


The offices of a Dallas law firm representing a high-profile State Department whistleblower were broken into last weekend. Burglars stole three computers and broke into the firm’s file cabinets. But silver bars, video equipment and other valuables were left untouched, according to local Fox affiliate KDFW, which aired security camera footage of the suspected burglars entering and leaving the offices around the time of the incident. The firm Schulman & Mathias represents Aurelia Fedenisn, a former investigator at the State Department’s Office of the Inspector General. In recent weeks, she raised a slew of explosive allegations against the department and its contractors ranging from illicit drug use, soliciting sexual favors from minors and prostitutes and sexual harassment. “It’s a crazy, strange and suspicious situation,” attorney Cary Schulman told The Cable. “It’s clear to me that it was somebody looking for information and not money. My most high-profile case right nowis the Aurelia Fedenisn case, and I can’t think of any other case where someone would go to these great lengths to get our information.” According to the KDFW report, the firm was the only suite burglarized in the high-rise office building and an unlocked office adjacent was left untouched.


Let's review. These burglars rifled through file cabinets and stole computers, but ignored high-value equipment and silver bars in plain sight?  They also apparently took a pass on the unlocked office right next door.  Why, it's almost as if they were seeking sensitive case files and weren't motivated by lucrative loot at all.  This firm just happens to represent an investigator from the Inspector General's office who has exposed the Clinton-era State Department's pattern of shutting down and "fixing" internal probes into some pretty nasty alleged wrongdoing.  Even to a non-conspiracy theorist, the timing does seem awfully strange.  What does the team at Foggy Bottom have to say for itself?

The State Department, which has repeatedly disputed Fedenisn’s allegations, denied any involvement in the incident. “Any allegation that the Department of State authorized someone to break into Mr. Schulman’s law firm is false and baseless,” spokeswoman Jen Psaki said.


State Dept's @jrpsaki says re CBS tweet on @JohnKerry: "Any report or tweet that he was on a boat is completely inaccurate."


We all know how that turned out.  Whether it's "false and baseless" or "completely inaccurate," categorical denials all blend together coming from someone who's undermined her own credibility.  For what it's worth, Psaki also denies many of Fedenisn's allegations.  For what it's worth, the whistleblower's attorney doubts the feds were involved in this operation because of its amateurish hallmarks:


After assessing the surveillance footage, Schulman said he believed the motivations were likely political, but did not suspect department involvement. “It wasn’t professional enough,” he said.

Sort of like a certain "third rate burglary," perhaps?  For the record, I think the likelihood that this break-in was ordered by the State Department or the Clinton camp is almost nil.  Almost.  It's just that Psaki's open-and-shut disavowal would hold a little more weight if she (a) weren't a hyper-partisan Obama campaign holdover, and (b) hadn't been caught lying by issuing a separate open-and-shut disavowal literally last week.