Seven Thoughts on the NSA Bombshell 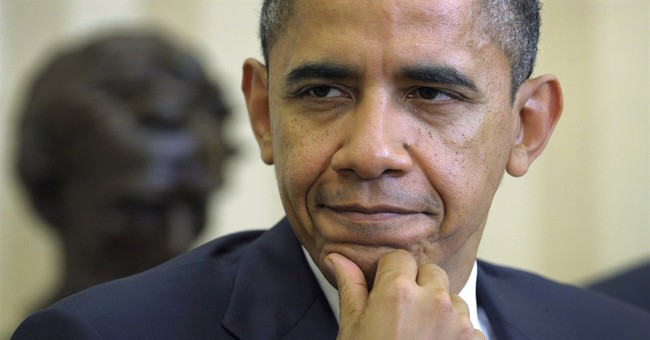 A few reactions to the story that broke wide open last night, in no particular order:

(2) Exactly two weeks ago, the president gave a "major address" about overhauling US counter-terrorism policies.  He outlined a more restrained and targeted law-and-order style approach, arguing that the global war on terrorism is effectively over, and that "large-scale" attacks on the homeland are a thing of the past.  He spoke of the diminished "scale" of threats, and why our posture should adjust accordingly.  Thirteen days after that speech, the Guardian story dropped, revealing that millions of Verizon customers' daily phone records are being logged by the federal government over (at least) a span of three months, apparently for counter-terrorism purposes.  This massive -- "large scale," even -- data grab would be very difficult to justify even in the teeth of a major terror threat.  It's even harder to explain when the president says the biggest threats have been significantly neutralized.

(3) Virtually this exact same practice occurred under the Bush administration, as exposed by USA Today in 2006.  Many Republicans defended it.  Many Democrats angrily denounced it.  Flashback to Sen. Patrick Leahy of Vermont:  ''Are you telling me that tens of millions of Americans are involved with al Qaeda? These are tens of millions of Americans who are not suspected of anything ... Where does it stop?  Shame on us for being so far behind and being so willing to rubber stamp anything this administration does," he thundered.  The federal judge who signed the 2013 FISA warrant is Roger Vinson, a Reagan appointee who struck down Obamacare in 2011.  The secret action was slated to be declassified on April 12, 2038.  Question: Has this data-mining been going on non-stop for seven years?

An expert in this aspect of the law said Wednesday night that the order appears to be a routine renewal of a similar order first issued by the same court in 2006. The expert, who spoke on the condition of anonymity to discuss sensitive issues, said that the order is reissued routinely every 90 days and that it is not related to any particular investigation by the FBI or any other agency.

(4) Back in 2007, when Barack Obama was a righteous Senator and presidential candidate seeking to free America from the clutches of Bush and Cheney's civil liberty-trampling overreach, he said this:

Key quote: "No more national security letters to spy on citizens who are not suspected of a crime. No more tracking citizens who do nothing more than protest a misguided war."  Or...use their cell phones, perhaps?  Senator Obama also opposed immunity from prosecution for telecom companies who cooperated with the Bush-era warrantless wiretapping program after 9/11, which was much more limited in scope. He eventually reversed himself when the final vote came down.

(5) Does anyone believe this dragnet is limited to Verizon customers?

The FISA Court order says this was done at behest of FBI for the NSA. Which means DoJ. Which means Holder goes back to Congress.

Is there any way the White House can credibly try to argue that the president didn't know about this one?  The widespread, secret collection of millions of citizens' phone records?

(7) The political impact of this expose is amplified by the broader context of scandal.  Taken alone, Obama defenders could probably lean on "Bush started it," and fight through this, the president's hypocrisy and broken promises notwithstanding.  The real problem for the White House is how the public will receive this story after being battered with negative headlines about the administration's behavior on other fronts for a full month.  It builds.  Public confidence in the administration's credibility is already waning; this won't help.  The NSA revelation feeds a potent and growing sense among Americans that an overbearing, unaccountable, ever-growing, over-powerful federal government is out of control.  They're manipulating intelligence to cover-up the full story on a deadly terrorist attack.  They're targeting one side of the political spectrum for abuse and harassment.  They're secretly spying on journalists.  They're spending our money on wildly expensive parties for themselves and losing the receipts.  And they're secretly culling our phone records by the millions, day in and day out.  No one has answers.  No one takes responsibility.  No one knows anything.  No one is punished.  This is toxic.