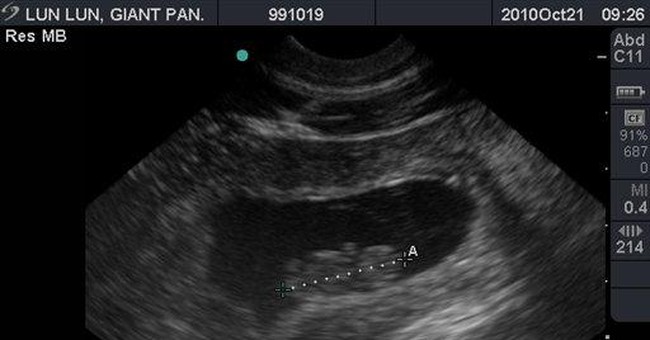 It seems Tamara Holder, one of Fox's in-house liberal commentators, is a tad confused on the subjects infanticide and abortion.  As the following segment makes clear, Holder only appears certain of one thing: She's no fan of this Lila Rose character, nor of her pro-life investigative group, Live Action.  Scroll ahead to the 2:50 mark, where things got a little heated -- for one of the participants, at least:

Right off the bat, Holder makes a string of errors.  She mispronounces Rose's name, wrongly asserts that Rose herself appeared in the undercover videos (in fact, Live Action volunteers who were actually six months pregnant filmed the exposes), and appears to deny that post-birth killing qualifies as infanticide.  She also tosses out the tried-and-true "selective editing" accusation, which is a fair critique in some cases, but not in this one.  Rose calmly notes that the full videos are available online.  The really interesting bit of the exchange, though, comes when Rose and Hannity ask Holder when she believes a fetus becomes a child (terms that she momentarily conflates, then corrects herself).  She ducks the question three times.  First, she waxes poetic about the rule of law and representative democracy.  Fine, but what does she believe?  Next, she throws the question back at Rose, who confidently offers a cogent reply.  When does 'protectable' life begin, Hannity presses; "nine months?"  Holder laughs and scoffs, "nine months?  No!"  So a fetus does transform into a baby at some stage of pregnancy, but she never says when.  This line of inquiry -- which gets to the heart of the abortion debate -- is interrupted by commercial break.  In the next segment, Holder at least summons the clarity to reject Kermit Gosnell as a "disgusting, disgusting criminal person," if he's found guilty.  (Speaking of which, three days of deliberations and still no verdict from the jury.  Could they possibly be hung on this guy, or are they making their way through more than 200 counts?  LifeSiteNews reports much of the discussion appears to be centered around Gosnell's co-defendant).  Meanwhile, Live Action released its third late-term abortion video yesterday, this time from a clinic in Arizona.  Pull quote: "Uh, no. They do not resuscitate."

Ed Morrissey notes another revealing portion of the conversation, wherein the doctor advises her prospective "patient" not to go to the hospital if she enters premature labor:

Dr. Mercer: No, call us first…if you showed up in an average emergency room with an emergency room physician who’s not a gynecologist, probably has never seen or done a termination, they will treat you as though you are somebody with a desired pregnancy…

Investigator: So they would basically like try to take care of it.

Dr. Mercer: Right they would intervene and do all kinds of crazy things that you don’t need to have done to you…


Dr. Santangelo gave an eerily similar admonition to the young woman in Washington, DC.  If you're giving birth, call me first.  Don't go to the hospital where they may do "crazy" and "stupid" things, like try to save the child.  What a sick world these people inhabit.