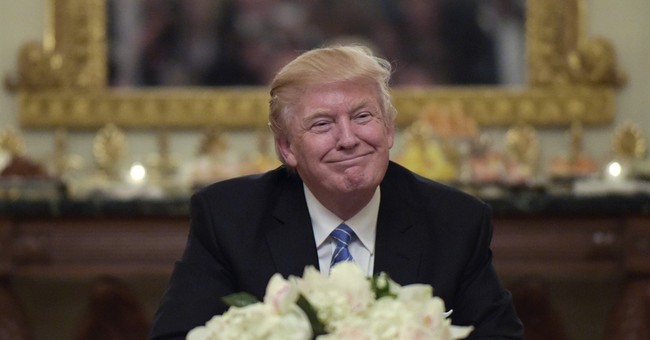 A law enforcement page under the “Issues” section was added, which discusses the growing disrespect for police officers, violent crime and keeping our communities safe. It also touches on Second Amendment rights and even illegal immigration.

It reads, in part:

The Trump Administration will be a law and order administration. President Trump will honor our men and women in uniform and will support their mission of protecting the public. The dangerous anti-police atmosphere in America is wrong.

Supporting law enforcement means supporting our citizens’ ability to protect themselves. We will uphold Americans’ Second Amendment rights at every level of our judicial system.

The Obama administration’s former climate change page has been replaced with an “American First Energy Plan” page, which discusses the Trump administration’s commitment to removing “burdensome regulations on our energy industry.” However, this does not mean that Trump has forgotten about the environment. The page also notes that “our need for energy must go hand-in-hand with responsible stewardship of the environment. Protecting clean air and clean water, conserving our natural habitats, and preserving our natural reserves and resources will remain a high priority.”

The Spanish version of the website, which was created after Obama assumed office in 2009, was deleted. It is unknown how much traffic the Spanish version drew. Now, when users try to access www.whitehouse.gov/espanol, all they get is a message saying, “Sorry, the page you're looking for cannot be found.”

A blog discussing issues related to the Hispanic community was also removed from the site.

According to EFE, a Spanish news agency, Trump plans to take down the White House’s Spanish social media pages, as well, including @LaCasaBlanca44 Twitter account, which has approximately 105,000 followers, and La Casa Blanca Facebook page, which has a little over 32,000 followers.

White House Press Secretary Sean Spicer indicated on Monday that the option to translate the site into Spanish may potentially be reinstated, but didn’t confirm a timeframe for that feature, reports the LA Times.

“We are continuing to build out the website," Spicer said. "We’ve got the IT folks working overtime on that now.”

We’ll see what additional changes and updates are made as the administration settles into its new role.