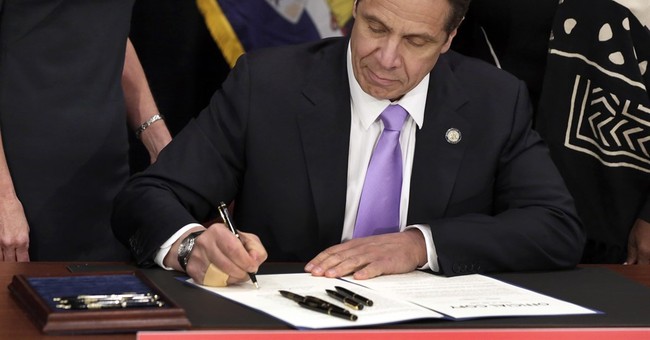 The minimum wage went up in 19 states on New Year’s Day. Two more states - Oregon and Maryland - and Washington, DC, will see an increase later in the year.

The changes are largely due to state ballot initiatives, and are considered a huge gain for the #Fightfor15 movement.

New York state’s minimum wage went up from $9.00 to $9.70. The raise was even bigger in New York City where the minimum wage is now $11. The rate will continue to increase in the city over the next few years until it reaches a whopping $15 in 2018.

Comparatively, Florida workers are now earning $8.10 an hour - five cents more than before.

While the increase has varied from state to state, the effects will likely be the same. Back in November, Washington state voters approved raising the minimum wage from $9.47 to $13.50 by 2020. However, many quickly regretted their decision after childcare costs spiked as a result.

Higher wages mean employers who are worried about turning a profit may start cutting employees’ hours - or simply cutting down on the number of employees. Some businesses - like those in Washington state - will ratchet up prices to cover the new cost. Others may be forced to close.

Liberals pushing for an increased minimum wage should consider the side effects before celebrating these changes.