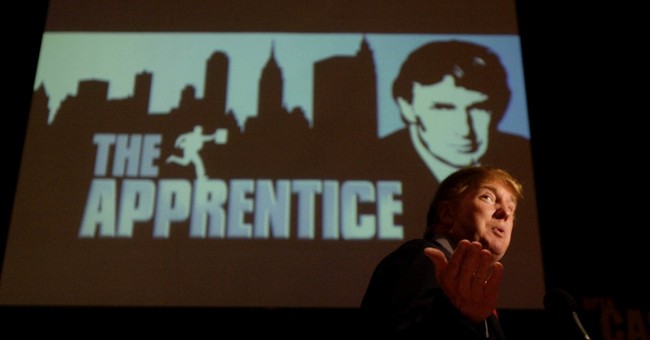 After being off the air for two years, “Celebrity Apprentice” will return to NBC on January 2nd. Arnold Schwarzenegger will take over as host, but President-elect Donald Trump will keep his title as executive producer, according to Variety. The news was confirmed by NBC and the Trump camp.

It is unclear how involved Trump will be in the show, or how much he will be paid - if he gets paid at all. Regardless, Trump’s decision to remain apart of the show, even if only in name, will likely be a major concern for many.

A Pew Research Poll released Thursday, shows that 45 percent of Americans are ‘very concerned’ and 20 percent are ‘somewhat concerned’ that Trump’s business relationships are a conflict of interest, and will distract him from his duties as president.

CNN pointed out that “Trump’s agreement with the show…means the president will have an interest in a show aired by a media company that also reports on his presidency - a major conflict of interest for the network.”

“Were we so concerned about the hours and hours and hours spent on the golf course of the current president? I mean presidents have a right to do things in their spare time, in their leisure time," Conway argued on CNN’s “News Day.”

“Whether it's President Obama or president Donald Trump, the idea that these men are going to be all work and nothing else all the time is just unrealistic because it's never happened in our lifetimes,” concluded Conway.