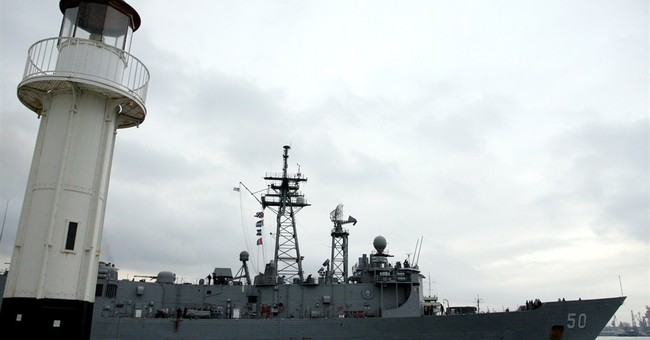 Back in September, during a private fundraising event, Hillary Clinton called half of Donald Trump’s supporters a “basket of deplorables.”

"You know, just to be grossly generalistic, you could put half of Trump’s supporters into what I call the basket of deplorables,” Clinton said as the audience laughed. "The racist, sexist, homophobic, xenophobic, Islamaphobic — you name it. And unfortunately there are people like that. And he has lifted them up.”

However, a few days later, after the initial sting wore off, Trump’s supporters began embracing the label. It became a rallying point, something that banded all of them together. “Deplorable” was no longer an insult, but a brand many displayed proudly. And now Trump’s supporters would like to brand the next major U.S. Navy ship “deplorable,” as well.

That’s right. There is a petition on the White House website to name the next big Navy Ship “USS The Deplorables.” According to the petition, the ship would “honor those citizens who rose up to defend America and The Constitution from the globalists.”

As of this morning, the petition had 33 signatures. That’s a long way off from the 100,000 signatures needed by January 3  to get a response from the White House.