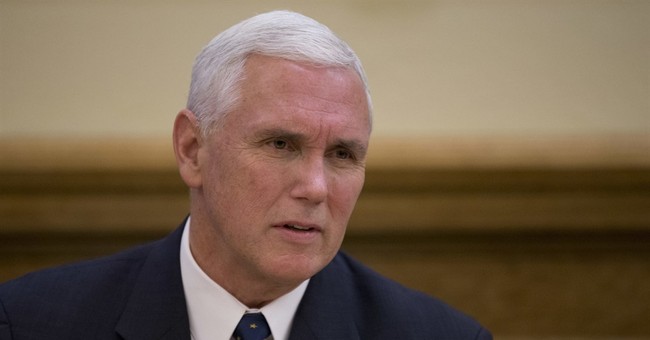 Vice President-elect Mike Pence will move into the Naval Observatory once he takes office. For now, he is renting a home in Chevy Chase, a neighborhood in Northwest D.C., for $6,000 per month.

Unfortunately for Pence, his new neighbors haven't exactly given him a warm welcome.

According to CNN, some people on the block have put up rainbow flags - a symbol of LGBTQ pride - to protest the Indiana governor’s supposed anti-gay policy positions.

Around a half-dozen LGBTQ pride flags are currently waving in Chevy Chase, and neighbors say there are more to come.

Ilse Heintzen, who lives in the area, told WJLA that the flags are “a respectful message showing, in my case, my disagreement with some of his thinking.”

"I have no idea what [the vice president elect] will think about [it], but I hope he will change his mind," she added.