The Vice Presidential Debate Kicks Off Tonight. Here's What You Need to Know. 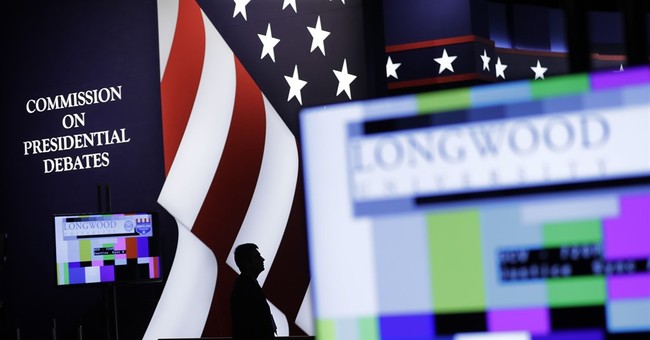 Mike Pence and Tim Kaine will face-off in tonight’s vice presidential debate. This will be the first, and only, debate for the running mates, and will begin at 9:00 p.m. ET at Longwood University in Farmville, VA.

Unlike the first presidential debate between Hillary and Trump, tonight’s debate isn’t going to attract 84 million viewers. It probably won’t be nearly as entertaining or exciting; and, if past vice presidential debates are anything to go on, it will likely not change the course of the election. So why watch the debate?

Even though vice presidential debates haven’t historically had a major impact on national polls, the stakes remain high for Pence and Kaine. The debate will give most voters their only chance to learn more about our next vice president and indirectly more about their presidential counterparts, while also, theoretically, giving more insight on policy goals and plans.

According to USA Today, polls are showing that more than one-third of voters don’t know enough about either vice presidential candidate to form an opinion. And, an ABC/SSRS poll shows that more than 40 percent of Americans don’t even know their names. Hopefully, tonight’s debate will change that. Until then, here’s some helpful information to get you started.

Mike Pence is Donald Trump’s running mate and designated ‘explainer.’ His job is to defend and explain away some of the things Trump has said. This is particularly important within the context of this week, as the Clinton campaign and current news cycle tries to expose and corner Trump to release his taxes.

Pence is also the 50th governor of Indiana. Before becoming governor, Pence served in the U.S. House of Representatives for over a decade and was the chairman of the House Republican Conference from 2009 to 2011. Needless to say, he has plenty of political experience.

Unlike Trump who seems to go back and forth on issues like abortion and gay marriage, Pence is a strict social conservative. He is also a free trade advocate; and, last year, called Trump’s plan to ban all Muslims from entering the US “offensive and unconstitutional.” It wouldn't be a surprise if Kaine brought up some of this during tonight’s debate.

Kaine, a Senator from Virginia, is Hillary Clinton’s running mate and the Democratic vice presidential candidate. Kaine was elected to the Senate in 2012, and like Pence, has had a long political career. He served as mayor of Richmond from 1998 to 2001, lieutenant governor of Virginia from 2002 to 2005, governor of Virginia from 2006 to 2010, and chairman of the Democratic National Committee from 2009 to 2011.

Kaine may be no “liberal hero,” as Mother Jones once put it, but he definitely has liberal views; he supports Obamacare, a pathway to citizenship for immigrants, more gun-control, and nixing the death penalty. However, he has made it known that he is personally opposed to abortion, which could put him in direct odds with Clinton. Kaine also voted to "fast-track" the Trans-Pacific Partnership, or TPP, which Hillary is now against. Both of these positions could be opportunities of attack for Pence.

Lastly, it’s important to mention that Kaine has never lost an election.

Will this year will be his first?