California Democrats Try to Dunk on GOP, Accidentally Point Out How Unethical Ballot Harvesting Is 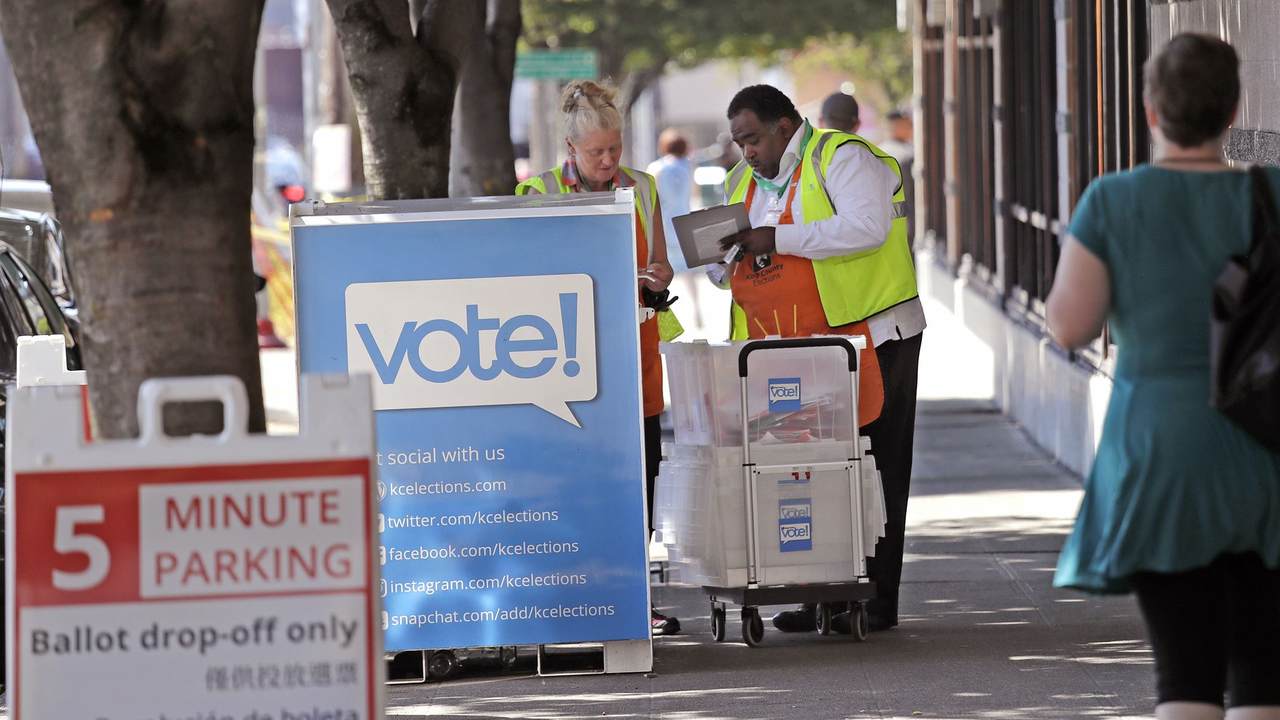 It doesn't matter which political party you belong to or who you hope wins the presidential election, or even if you work for a campaign, one truth remains the same: ballot harvesting is bad news. Consider the recent report of a young, Republican operative advertising on social media that voters can drop off their ballots at a box labeled "official ballot drop off box," which caused a furor among the Left.

An image of a smiling, young voter in front of a suspicious-looking ballot box in California began making the rounds this weekend, and naturally, the Left went absolutely crazy. According to them, setting up the ballot collecting boxes with signs that state they are official drop-offs was just crazy and tantamount to a felony act.

BE ON ALERT: Republicans in California have set up fake ballot drop boxes that they’re promoting on social media. Whatever your state, before you use a drop box, confirm with your local election office that it’s legitimate https://t.co/NkLhcA1L0i

Unbelievably, I tend to agree with the Democrats on this. Depositing a ballot at a super shady looking box with a homemade sign is about 10 steps removed from voting with confidence. But is it any better than handing over your ballot to a stranger at your doorstep who crosses his or her heart that they're taking their big bag of ballots to the election center?

We've already seen piles of ballots in the trash and in ditches on the side of the road. How many more instances before we realize we need to drop off our ballots directly to the election center or better yet, vote in person?

The Democrats asserted that the box in California was fraudulent and that any ballot put in it was at risk of being tampered with or discarded. Only drop them off at actual official drop boxes or give them to a trusted friend or relative to drop off, they said. That may be good advice, but it isn't the law.

As the California GOP pointed out, in fact, the sweeping election laws in the state, pushed for by the Democrats in the interest of protecting "traditionally disenfranchised" voters, actually allowed them to collect ballots basically any way they wanted.

California Assembly Bill 1921, championed by far-left Assemblywoman Lorena Gonzalez, famed for introducing the disastrous, anti-gig AB 5, essentially allowed for anyone to collect ballots for any person. Gonzalaz said the measure was meant to give people the right to vote who had previously been unable due to limiting laws on how to vote.

Critics of the measure immediately pointed out that removing any restriction on ballot harvesting could easily lead to manipulation, fraud, and targeting of vulnerable voters like those in nursing homes. Additionally, AB 1921 provided absolutely no limits on who could collect those ballots, regardless of political affiliation, compensation, or even criminal background.

The GOP said the boxes in question being flame torched by the press were placed in areas close to churches and other organizations frequented by their members where the ballots could easily be collected and dropped off at the election office.

“In California, where you can have convicted felons and individuals with a criminal history go door to door and collect ballots from voters, Democrats are now upset because organizations, individuals and groups are offering an opportunity for their friends, family, and patrons... pic.twitter.com/Ljx3WOldmd

The Democrats don't seem to like ballot harvesting that much, after all, it seems, when it is done by the Republicans. But this type of activity is what they have been advocating for. There is no distinct difference between a box with a paper sign and a political operative coming to your house to collect your ballot for you. What happens to your ballot between handing it over to a stranger or smashing it in a box and Election Day is entirely unknown.