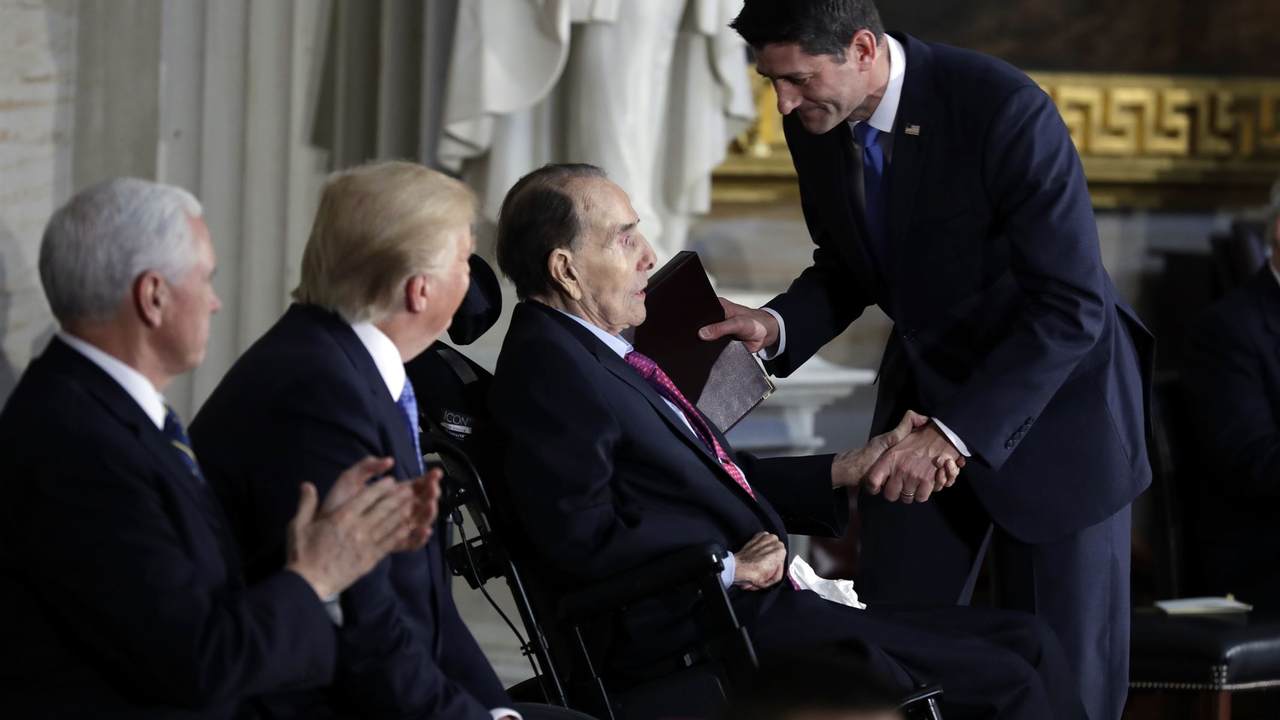 President Trump's recent friction with the Commission on Presidential Debates (CPD) has highlighted the commander-in-chief's ability to expose bias and ulterior motive among the Washington elite. From the beginning of his administration, Trump has unearthed bias against him and his outsider actions throughout the American political machine from the media, to Congress, to his very own cabinet.

Until this year, not many people even knew that an organization was even behind the presidential debates, but thanks to its unquestionable bias against the president, the CPD has made the jump into America's lexicon. The CPD has operated for more than 30 years as a self-proclaimed "unbiased" organization that puts together the rules, formats, and moderators for those seeking the nation's highest office.

But in 2020, CPD overplayed its hand and exposed its rabid bias by tapping only moderators that have publicly antagonized the president, and then dictated that the second debate happen virtually. This situation would almost certainly benefit Democratic nominee Joe Biden and hurt the president.

Trump told the nation how he felt, and noted that the membership of the CPD was comprised not of "unbiased" political organizers, but of a number of Democrats and a handful of Republicans who have been outspoken in their loathing of the president.

Now the president has found a Republican ally from a time in which many thought no one would speak out in support of the president: Former Sen. Bob Dole.

Dole, 97, worked in Washington inside the GOP in a way that Trump never did. As a senator, he worked across the aisle and managed to appeal to both ultra-conservative voters and moderate Democrats. He made a lifetime in Washington work because he was willing to compromise in ways that sometimes led him away from the GOP platform. In a word, he was the anti-Trump.

He ran a notoriously unsuccessful campaign against Clinton's bid for reelection in 1996 and is most often remembered as a beltway politician, pressed shirt, midwest Republican who once referred to himself in the third person.

Trump is devastatingly unpopular with that particular breed of Republican.

But in the final chapter of his life, Bob Dole has broken his own mold by supporting President Trump. This summer, he endorsed the president to great criticism from his GOP contemporaries, but Trump's brash authenticity spoke to the retired senator. Mostly though, Dole's endorsement was for the people of America.

"The voters of our country have turned out in record numbers to support Mr. Trump," Dole said in June. "It is important that their votes be honored."

Now, as Trump fights against the newly discovered bias of the CPD, Dole has come to his aid, even criticizing his own friends for being slanted against the president.

"The Commission on Presidential Debates is supposedly bipartisan w/ an equal number of Rs and Ds," Dole said in a tweet. "I know all of the Republicans and most are friends of mine. I am concerned that none of them support @realDonaldTrump. A biased Debate Commission is unfair."

The Commission on Presidential Debates is supposedly bipartisan w/ an equal number of Rs and Ds. I know all of the Republicans and most are friends of mine. I am concerned that none of them support @realDonaldTrump. A biased Debate Commission is unfair.

Dole's words strike a chord during a time when the president faces the daily wrath of "NeverTrump" Republicans who are actively supporting the election of radical Democrats out of spite against Trump. No modern president has gained the American people's support to the extent Trump has only to be scorned by his own party in Washington, facing roadblocks and being undermined at every step.

The president was elected in 2016 without the unanimous support of his party and without the machine-created Republicans that have occupied the swamp for decades. And he can do it again. But support from true conservatives with their eye on what is best for the American people certainly helps.

Trump may not have the full support of the Republican Party as we head into one of the most contentious and important presidential elections in modern history, but he has the support of Bob Dole.