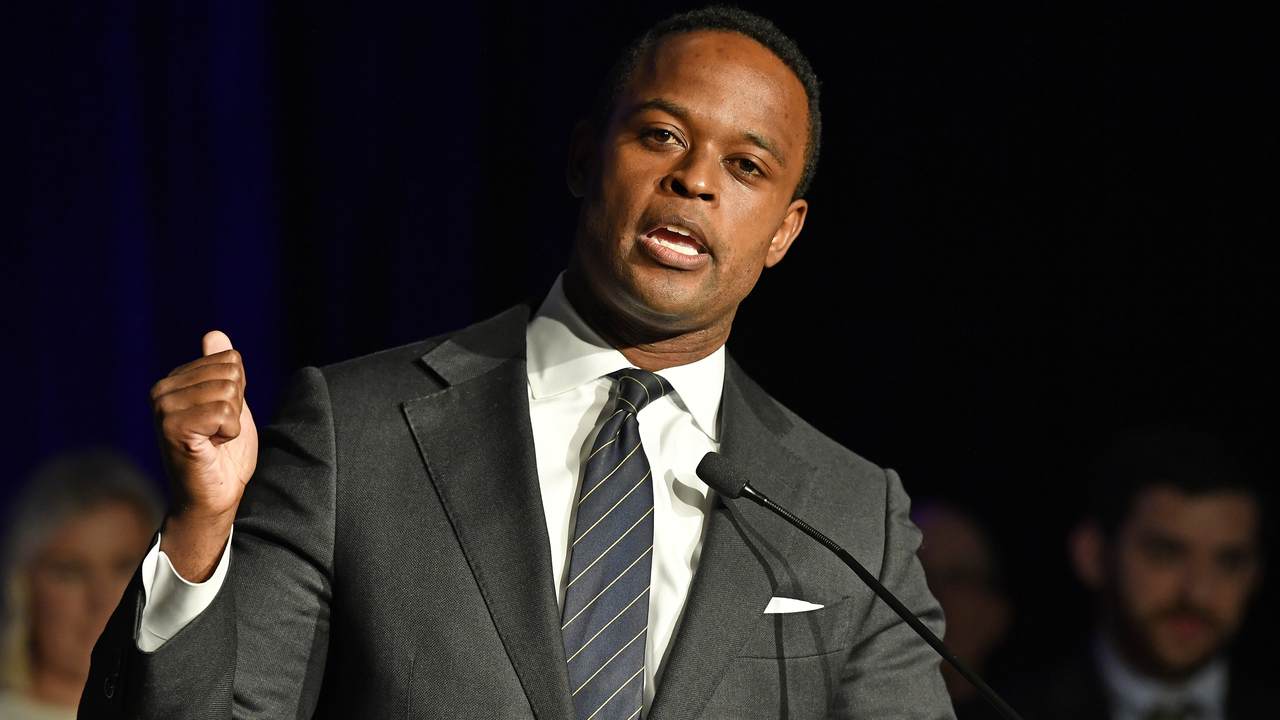 Kentucky Attorney General Daniel Cameron is a rising star Black politician who has made a name for himself in the Republican Party as a measured voice of reason, character, and integrity. He is only 34-years-old and has already made waves in not just Kentucky, but across the nation as a key member of Sen. Mitch McConnell's legal staff and then as the state's first African American Attorney General.

As Senate Majority Leader McConnell's legal counsel, Cameron spearheaded the effort to confirm many federal judges including Supreme Court Justice Neil Gorsuch. He defied political odds and history by being elected as the state's attorney general in 2019, not only being the first African American to ever have the job but by being the first Republican since the 1940s.

By any measure, Cameron has had a remarkable career, marked honorably with success, recognition, and being one of the youngest elected speakers at the 2020 Republican National Convention.

As attorney general, Cameron was placed in one of the most challenging situations in modern history when the nation looked to him as the arbiter of justice in the Louisville police killing of Breonna Taylor.

"My heart breaks for the loss of Miss Taylor," Cameron said during the press conference, with a shaky voice.

"I know that not everyone will be satisfied,” Cameron said of his painstaking decision not to charge the officers involved with homicide. “If we simply act on outrage there is no justice – mob justice is not justice…Do we really want the truth? Or the truth that fits our narrative?"

He took his time. He did his job. And he could not find the homicide charges protesters across the country demanded of him. And for this, they felt, he must be punished.

But the Left decided it was not enough to punish him by slamming his political party or even his youth. They, the party that claims all conservatives are racist, singled out Cameron for being a Black man who chose legal process and justice over filing false murder charges to quell the public outcry.

Racist smears against Cameron have flowed in the days following his September 23 press conference in which he charged just one officer with multiple counts of wanton endangerment. Tamika Mallory, who helped found the far-left Women's March only to be dismissed over accusations of anti-Semitism just two years later, compared Cameron to a "sellout negro."

“Daniel Cameron is no different than the sellout negroes that sold our people into slavery and helped White men to capture our people, to abuse them, and to traffic them while our women were raped, while our men were raped by savages," she said.

During the premiere episode of Saturday Night Live this past weekend, recording artist Megan Thee Stallion repeated Mallory's insanely racist remarks via a digital stage display during her performance. She then implied that Cameron's decision was a direct attack on Black women. Cameron called the performance "disgusting," but took it in stride.

"What you saw on the screen there and what your viewers saw is something that I've had to experience because I'm a Black Republican, because I stand up for truth and justice as opposed to giving in to a mob mentality," said Cameron. "And those are the sorts of things that will be hurled at me in this job."

But Hollywood wasn't done singling out Cameron for doing his job. They are fulfilling their duty as surrogates for the far Left, doing the press work for a movement hellbent on destroying minority voices that do not support their ideology. Actress Kerry Washington made a senseless comparison of fictional Black parents of gay teenagers to Cameron's very real-life job as attorney general. She accused Cameron of assigning no actual value to Breonna Taylor's life, like the idiotic conservative character she is portraying in a new TV show.

"Look at the decisions that came down this week on Breonna Taylor, and you have this Black man [Kentucky Attorney General Daniel Cameron] delivering this news about how there is no value to a Black woman’s life."

As the Democrats cry for increased diversity in every aspect of life, their treatment of Cameron serves as proof positive they are only interested in diversity of skin color and sexual orientation. They have zero interest in diversity of thought or opinion. In fact, diverse voices that do not fall in line with their prescribed ideology and purity of thought very clearly present the greatest threat.