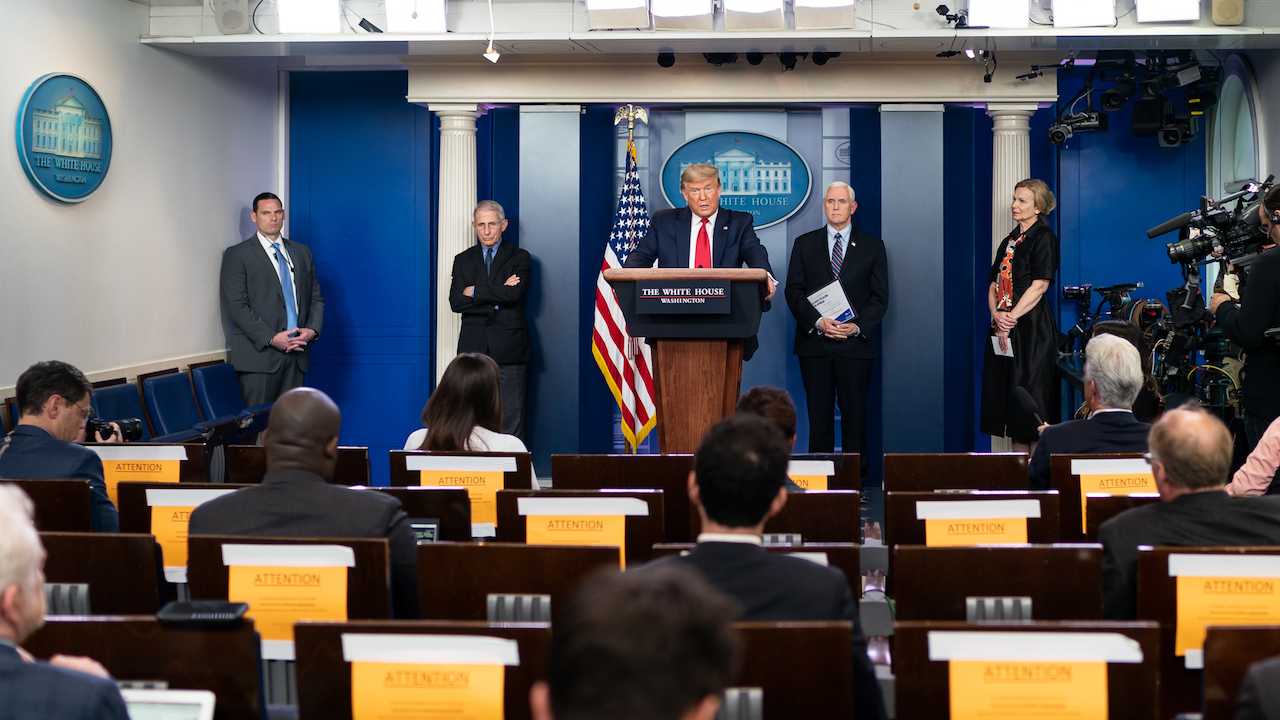 No matter your personal political beliefs, the Trump presidency has been nothing short of stunning from before it even truly began. Trump literally descended a golden escalator to launch his campaign for the White House and there hasn't been a dull moment since then.

In the five years since we've gotten to know Donald Trump as a politician and then as the Commander-in-Chief of the United States, few things have stayed the same. It's difficult to even look back five full years at the start of it all and understand the things that commanded national headlines; remember when we were arguing over whether a dress was black and blue or gold and white?

But one thing has been unflappable: the mainstream media's utter disdain for and disapproval of Donald Trump. He exploded onto the scene and immediately struck a chord as the outsider who told the world exactly what he thought. He offered no concessions to those that came before him and didn't care if he made people mad.

The media couldn't tolerate this. To them, presidents should regard them as having the ability to destroy their legacy with a story, expose their personal secrets, and control the national narrative. It gave them power over presidents and other elected leaders for decades, even centuries. They wielded power over presidents and press briefings in a way that made them fearsome inside the White House, the gatekeepers of information, and collectively a force not to be messed with.

But the Donald Trump White House has been an entirely different situation.

The president does not care what the media think, and he never has. In fact, his days of slanted, negative press coverage as a reality TV star and real estate magnate conditioned him for the White House Press Pool. They never stood a chance.

The days of glitzy White House Correspondents Association (WHCA) dinners, where a president joked around with a media he gleefully sucked up to, are gone now. Our president doesn't kiss up to the media or anyone, which has made him persona non grata to the WHCA. It seems they weren't up to sharing roast style jokes with the man they attempted to destroy by collaborating with his political opponents and casting him as a racist throughout his administration.

That has proven to be an almost impossible task. The press pool, always hostile toward Trump and whoever might be unlucky enough to lead the White House press briefing, took a turn toward sinister at the onset of the Wuhan coronavirus pandemic. Briefings turned from fact-finding endeavors by curious press members privileged enough to be in the White House into openly hostile accusations of bigotry, lying, and various other malfeasances. Often these exchanges yielded no questions for the president or press secretary whatsoever, just cutting jabs from seething members of the press.

Despite this behavior during a national crisis, and the blatant refusal to ask any questions in good faith or report fairly on any of the information received, the press briefings have continued, with even daily briefings throughout the first several weeks of the pandemic providing nearly unlimited access to President Trump. Following COVID-19 guidelines, the White House has even continued to host the hostile press pool on a rotating basis, while providing them with rapid testing and socially distanced seats.

Instead of marveling, however, at their access to the White House in unprecedented times and their absolute freedom to write whatever they'd like with no regard for facts, the press pool has decided that the White House has treated them terribly.

Yesterday, Ben Tracy of CBS News said he "felt safer reporting in North Korea than I currently do reporting at The White House." He was referring to a recent outbreak of COVID that had infected not only three reporters in his pool, but also the press secretary Kayleigh McEnany and even the president himself.

I felt safer reporting in North Korea than I currently do reporting at The White House. This is just crazy.

"This is just crazy," Tracy added. Yeah, Ben, it is crazy. It is crazy for you to be employed as a member of the free press protected by a constitution in a country that permits you to write whatever you darn well please about the person seated at the head of government. In fact, you are so free to write whatever you want that you can even castigate the very White House that permits you to come into their place of business, their residence, give you unfettered information about the inner workings of the government, and then allow you to mouth-breath some bias-twisted slop about what you wish you'd seen and heard.

Meanwhile, while Ben and his posse of Trump-hating "reporters" who have never shown an iota of interest in reporting something nice about a person in the White House fill the few open seats at daily briefings, scores of reporters from other outlets are being denied access to the White House because there is not enough room for them. Chanel Rion from OAN has been standing in a doorway for months in the James Brady briefing room waiting for a seat, only to be blasted by her "colleagues" in the briefing for daring to ask the president a question that doesn't make him look bad.

The White House does not employ the press and has no obligation to give them anything. Throughout the pandemic, they have provided a reasonably safe environment for any accredited, invited member of the press who is able to attend.

We are in the midst of a major global pandemic. The White House, like any business, mode of transportation, public protest, or any gathering or public place, has no obligation nor ability to guarantee that no one will get sick.