Nothing to See Here: Just a Bunch of Mailed Ballots in a Ditch on the Side of the Road 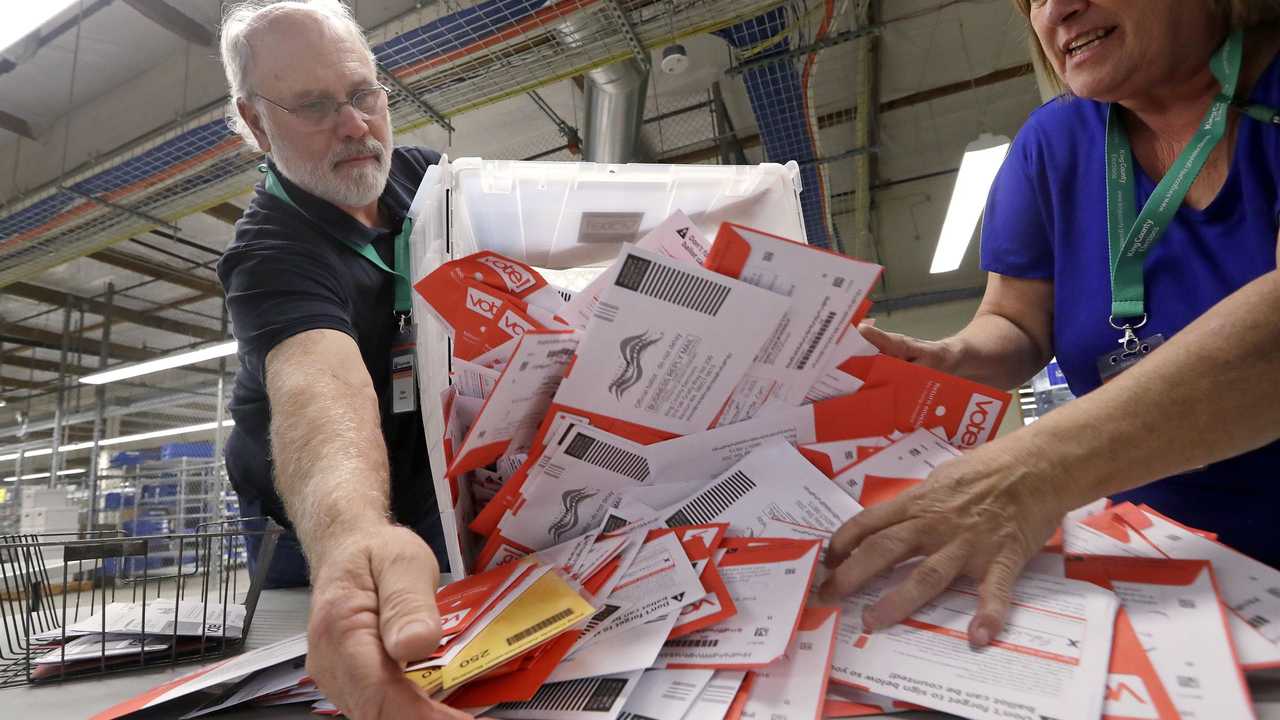 It seems now that most people have realized that the best way to vote on Election Day is in-person as the evidence that mail-in voting is terribly problematic keeps stacking up. First, the left-wing media had a collective meltdown on Wednesday after President Trump said, as he has from the beginning, that he is very concerned about the integrity of mail-in voting.

Yet another member of the press on Wednesday tried to bate the president into saying that he wouldn't concede a lost election in November. This is a tactic the press has been using since before Trump's victory in 2016: they ask if he'll lose peacefully, he doesn't answer in the affirmative, outrage ensues. Rinse, repeat.

And as always, the president brushed off the question.

"We're going to have to see what happens," he said. Only this time, Trump added that he was very concerned about mail-in ballots and having a free and fair election after months of Democrats telling people that mailing in your vote was the way to go.

"I've been complaining very strongly about the ballots, and the ballots are a disaster," Trump said. "We want to get rid of the ballots and you'll have a very peaceful — there won't be a transfer, frankly. There will be a continuation."

Of course, Trump's remarks were immediately filtered by the press as a "threat to democracy," but another effect seemed to be that Democrats suddenly ditched their love of mail-in ballots and began encouraging their supporters to head to the polls after all.

And that's a good thing because more and more evidence that mailing in ballots is, in fact, a disaster, as the president says, continues to surface.

This week, the Outagamie County Sheriff's Office in Wisconsin discovered three trays of U.S. mail in a ditch along the side of a road. And, yep, those trays contained sealed mail-in ballots.

The USPS has been pretty tight-lipped thus far on the subject of just how those ballots got to the ditch on the side of the road, but have said they are looking into the matter. The trays of mail were discovered on Tuesday morning near the Appleton Airport in Greenville. All mail found was returned to the post office.

"The United States Postal Inspection Service immediately began investigating, and we reserve further comment on this matter until that is complete," spokesperson Bob Sheehan told WLUK. The sheriff's office confirmed to the Washington Examiner that the mail was headed to the post office at the time of its departure into a ditch, but didn't elaborate on details of their finding.

The news of the dumped mail and ballots in Wisconsin comes on the heels of yet another woeful story of discarded ballots in Pennsylvania, this time in Luzerne County. As Katie reported today, every single one of the nine ballots discovered in the trash in Pennsylvania included votes for President Trump.

White House Press Secretary @KayleighMcEnany on mail-in ballots discarded in Pennsylvania, where 100% of them were cast for President @realDonaldTrump pic.twitter.com/TN8kA7mhha