Big Ten College Football Will Now Have a 2020 Season 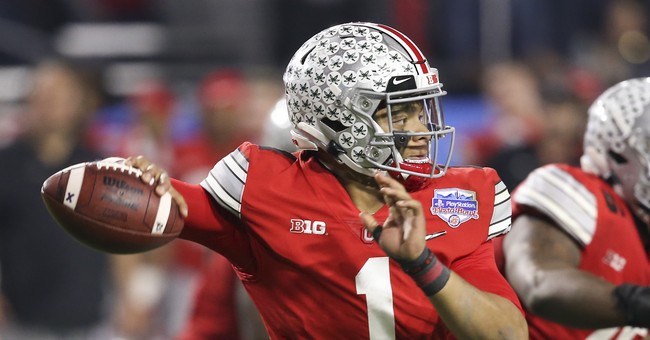 After weeks of bitter disappointment about Big Ten Football's decision not to play in 2020, the conference announced on Wednesday that they would have a season after all.

In announcing the reversal of their previous decision, Big Ten said that they will start the weekend of October 23rd and 24th and will play a shortened eight-game season with one title game. Athletes and coaches will be tested daily, they said, to ensure the safety and health of everyone on the field.

Big Ten joins several other college football conferences in choosing to play in 2020 despite the continuing concern over the Wuhan coronavirus.

The president has said on multiple occasions that he thought Big Ten should go forward with their season. He met with conference commissioner Kevin Warren earlier this month and urged him to reconsider the canceling of their entire season.

Had a very productive conversation with Kevin Warren, Commissioner of the Big Ten Conference, about immediately starting up Big Ten football. Would be good (great!) for everyone - Players, Fans, Country. On the one yard line!

Officially, the conference credits the availability of widespread testing for their choice to go forward with the season. All players and staff will begin being tested with rapid response COVID-19 tests beginning September 30.

But the president was among the first to celebrate the decision to play on Wednesday.

"Great News: BIG TEN FOOTBALL IS BACK," the president said in a tweet. "All teams to participate. Thank you to the players, coaches, parents, and all school representatives. Have a FANTASTIC SEASON! It is my great honor to have helped!!!"

Great News: BIG TEN FOOTBALL IS BACK. All teams to participate. Thank you to the players, coaches, parents, and all school representatives. Have a FANTASTIC SEASON! It is my great honor to have helped!!!

In addition to the president, players, parents, and fans have been vocal in their desire to have the season reinstated. Ohio State quarterback Justin Fields even launched a petition to play creating the hashtag #WeWanToPlay.

"We, the football players of the Big Ten, together with the fans and supporters of college football, request that the Big Ten Conference immediately reinstate the 2020 football season," Fields said in August. "Allow Big Ten players/teams to make their own choice as to whether they wish to play or opt out this fall season. Allow Big Ten players/teams who choose to opt out of playing a fall season to do so without penalty or repercussion."

His petition was dismissed at the time as officials from Big Ten reiterated their firm position. Warren said the decision "would not be revisited" in a statement on August 19.

Season will begin on weekend of October 24th. Big win for players, coaches and fans who fought so hard to make this happen. Congrats.

The Big Ten coming back - and @realDonaldTrump role in helping bring it back - will impact the election. Fact.