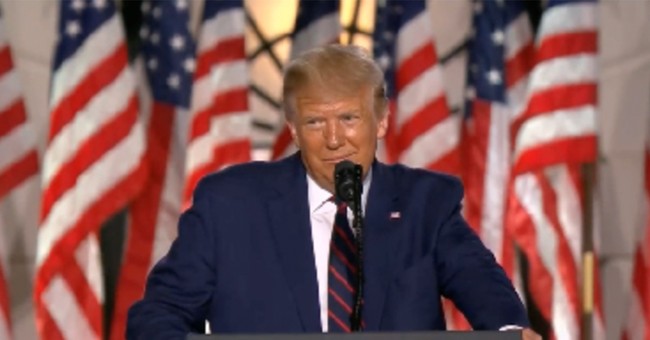 The job report for the month of August was released on Friday and the news was good. The report showed the addition of 1.4 million jobs. The nationwide unemployment rate also fell to 8.4 percent, crushing expectations and marking the fourth straight month of recovery following the Wuhan coronavirus lockdowns in March.

America, we are going to win. pic.twitter.com/QAvEtc6UED

The economy that surged under the Trump administrations marking record low numbers of unemployment was forcibly stalled because of the pandemic, leading the president's detractors to hold him responsible for the ongoing lockdowns.

But even in the face of stark criticism, the president has yielded to state and local leaders to make the best choices for their own regions.

The report noted a sizeable uptick in retail and hospitality, as restaurants and stores have been permitted to open in many parts of the country after months of idling.

"Notable job gains also occurred in retail trade, in professional and business services, in leisure and hospitality, and in education and health services."

Varying restrictions in various parts of the country, like New York City, continue to throttle economic growth and job recovery. Despite meeting the threshold for allowing limited indoor dining, Mayor Bill de Blasio has indicated he may not restore the right to serve inside until there is a readily available vaccine for COVID-19.

In NYC alone, more than 150,000 restaurant workers remain unemployed because of the lockdown rules in the city. More than 200 restaurants have signed onto a lawsuit charging the mayor and Gov. Andrew Cuomo with unduly applying devastating restrictions on the city with no scientific basis.

While the August growth exceeded expectations and continues to show a recovering economy that was gutted earlier this year, the 8.4 percent unemployment rate is still almost double the record low rate recorded in the first few months of 2020.

As employment benefits and stimulus money runs out, economists point to the need to alleviate lockdowns on a much larger scale to get Americans back to work. The Trump administration dismissed naysayers on Friday saying that Democratic presidential nominee Joe Biden has never overseen comparable numbers.

The 1.4 million jobs added in August are 2.5 times the number of jobs created in any single month of the entire Obama-Biden Administration, driving the unemployment rate down again.  In just four months, more than 10.6 million jobs – nearly half of the jobs lost to the pandemic – have already been recovered. While the work is not finished, President Trump’s policies positioned us to fight through the coronavirus crisis and reopen faster than doomsayers like Biden predicted