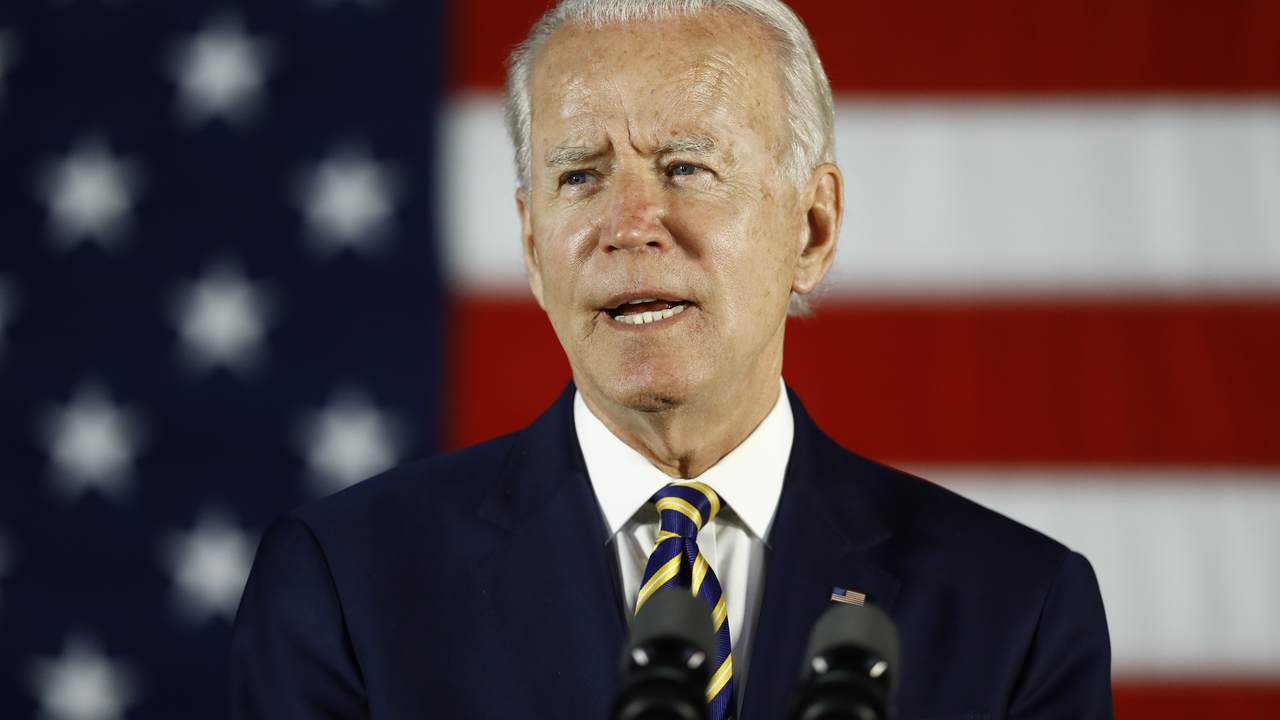 On Monday, Democratic presidential nominee Joe Biden slammed Donald Trump for insisting that the Biden campaign wanted to "ban fracking" should they win their bid for the White House. The fossil fuel industry accounts for millions of American jobs, including a large number in Alleghany county, where Biden spoke from Pittsburgh on Monday.

"I am not banning fracking. Let me say that again: I am not banning fracking. No matter how many times Donald Trump lies about me," Biden said in response to the president and fossil fuel workers concerned with Biden's praise of the Green New Deal. However, his proclamation doesn't match what he's said in the past, as the Democratic Party has lurched toward the far-left and made several, varying vows to eliminate fossil fuel energy altogether.

In fact, Biden has said during several early appearances on the campaign trail that he would strive to eliminate fossil fuels, even at the potential expense of hundreds of thousands of energy jobs. It seems that his only argument in defense of his claim on Monday is over semantics, as he does not appear to have used the word "ban" to apply to currently existing fracking licensure.

But he has vowed, on multiple occasions and without apology, to prevent any new fracking, twisting his words even then to make himself seem more palatable for those opposed to fossil fuel energy.

In a debate last summer, in which the Democratic candidates battled over who had the better plan for the environment, CNN's Dana Bash attempted to gain some clarification from Biden.

"Just to clarify, would there be any place for fossil fuels, including coal and fracking, in a Biden administration?" Bash asked the former vice president.

"No, we would — we would work it out," he said. "We would make sure it's eliminated and no more subsidies for either one of those, either — any fossil fuel."

But a few months ago he said there would be no place for fracking in a Biden Administration: "we would make sure it's eliminated."pic.twitter.com/gLSIZEnwP8

BIDEN: “No more ability for the oil industry to continue to drill. PERIOD.”

Joe Biden will OBLITERATE energy jobs across this country. pic.twitter.com/4MWbUxJB9U

In September, Biden again avoided the use of the word "ban," but told an environmental activist that he would end all fossil fuel energy.

"I want you to look at my eyes," he told the 24-year-old woman. "I guarantee you. I guarantee you. We're going to end fossil fuel." That activist said she was still skeptical of Biden's vow to end all fossil fuels by 2050 and didn't like the fact that he called her "kiddo."

Biden has faced tremendous pressure from energy unions, particularly in states like Pennsylvania, for his non-committal answers on whether he would support the cutting of potentially 600,000 fracking jobs.

"Joe Biden is really one of us. I always loved the man," said Pittsburgh Democrat and union leader Jim Cassidy in July. "He scares me now. Is he embracing the new Green Deal or whatever they are calling it? He needs to get some stuff straight."