DNC Silence on Violence, Murder, and Looting Is Deafening 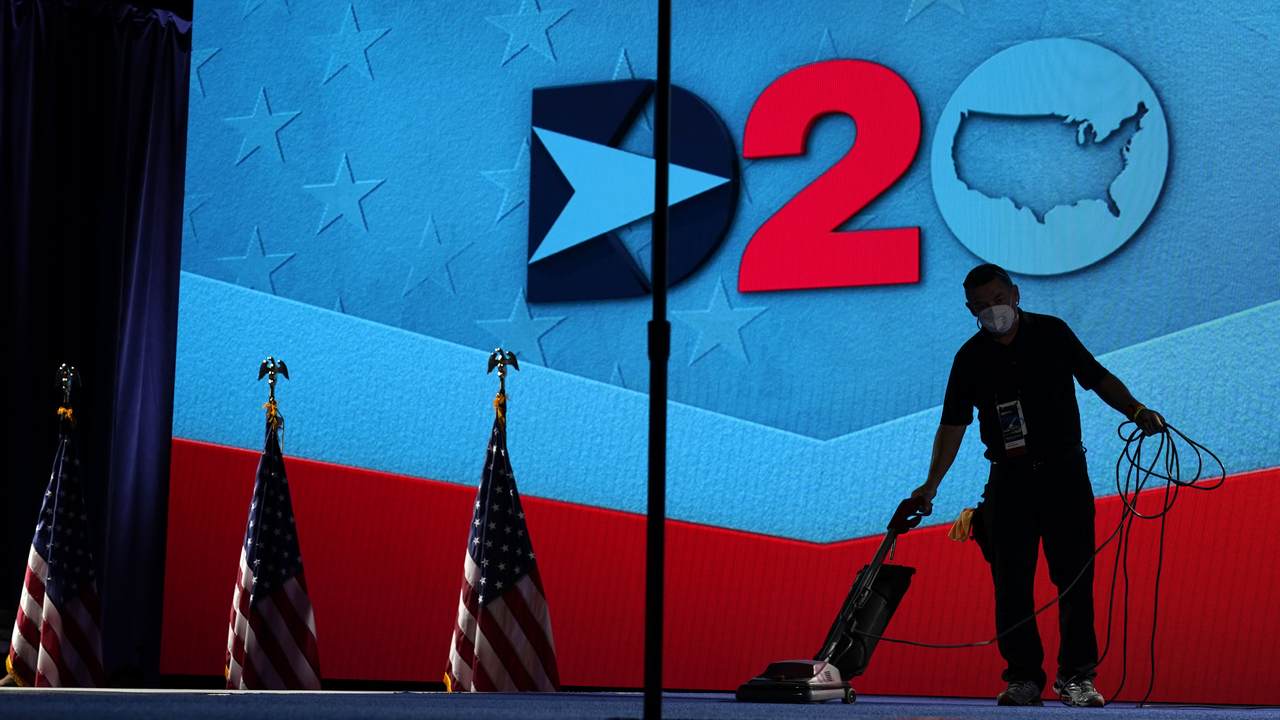 Over the first three nights of the Democratic National Convention, the party of the Left has castigated President Trump and oscillated between bonkers identity politics and attempting to woo soft conservatives. They turned in the lecture from President Obama we all knew was coming, gave 2016 presidential candidate Hillary Clinton the chance to give the "I told you so" speech she's been dreaming of, and serenaded us with an insane music video.

But while they've been all too eager to churn out a negative report of President Trump's time in office and persistently claim that the survival of "our democracy" depends on a Biden victory, they've completely left out the plague of violence overtaking American cities.

Of the dozens of high-powered Democratic politicians and their allies to have appeared during the convention with pleas to vote against the president, not a single one has mentioned the surging violence in crime in virtually every American city.

They proudly pander to their furthest left factions, however, championing the causes of Black Lives Matter. They hail them as civic-minded heroes peacefully protesting for racial justice. But when it comes to the crime, violence, death, destruction, and gutting of Black communities: nothing but crickets from Democrats.

As Baltimore GOP congressional candidate Kimberly Klacik pointed out in her viral video about her own city, crime, addiction, poverty, and murder are on the rise in Black neighborhoods across the country. In Baltimore, nearly every one of the 200-plus people murdered in 2020 so far has been Black. Klacik wants to know why the Democrats people elected to lead them out of poverty have abandoned them. At the DNC, they don't have an answer. Klacik is now slotted to speak at the Republican National Convention next week.

But instead of talking about the tragic and shocking rate that Black Americans are being slaughtered in this country, the Democrats dedicated an entire segment to vowing stricter gun laws for law-abiding citizens. They focused on the smallest fraction of shooting deaths in the country, particularly in schools, and called for more gun laws. In a time when the nation is feeling more insecure in their own homes than they have in decades, the Democrats are threatening to take away law-abiding Americans' rights to self-defense.

This is the party that has chosen a narrative over the safety of the people living in the United States. Their brand is "racial justice," "social equity," and "anti-racism;" they want a world in which they are empowered to correct everyone who they feel is guilty of wrongthink, and they won't be stopped.

Their fantasy of protesters peacefully assembling in the street to affect real change for Black communities almost instantly fell to pieces. Instead, riots and looting took over, claiming their actions were in the name of racial justice. Buildings were burned, tagged, and defiled, monuments were destroyed, and 30 people lost their lives. But the billions of dollars in damage, the wound to the soul of our nation, and the lives actually lost because of this violence warrant no mention by the party calling each night for unity.

While the Democrats choose to fully ignore the threat in our streets, however, President Trump is making it a core campaign issue. In his speech from Old Forge, Pennsylvania, on Thursday, Trump called the endless violence in American streets exactly what it was: dangerous – a threat to our lives and the lives of our children, a destructive, lawless afront to the very values we have all vowed to uphold.

"If you want a vision of your life under Biden presidency, think of the smoldering ruins of Minneapolis, the violent anarchy of Portland, at the bloodstained sidewalks of Chicago, and imagine the mayhem coming to your town," the president said to an energized crowd.

"If you want a vision of your life under Biden presidency, think of the smoldering ruins of Minneapolis, the violent anarchy of Portland, at the bloodstained sidewalks of Chicago, and imagine the mayhem coming to your town." pic.twitter.com/Uga8qCb064

This is a powerful message, and exactly the message Trump needs to be sharing if he intends to remain in the White House for the next four years. Americans don't care about identity politics, "inherent bias" they never knew they had, or a bunch of pandering to minorities and poor people by politicians that own beach houses. They care about safety. They care about jobs, prosperity, freedom, and the sense that they are safe in their own homes and their kids are safe in schools.

If the Democrats have any intention of reaching the American people, their message must include a condemnation of violence. As it stands, the failure of leftist governors, state legislators, and mayors to take serious action against criminals in their own regions is already causing citizens to move out. As the party stays silent on crime and security, how long will it be until the people move away from them altogether?