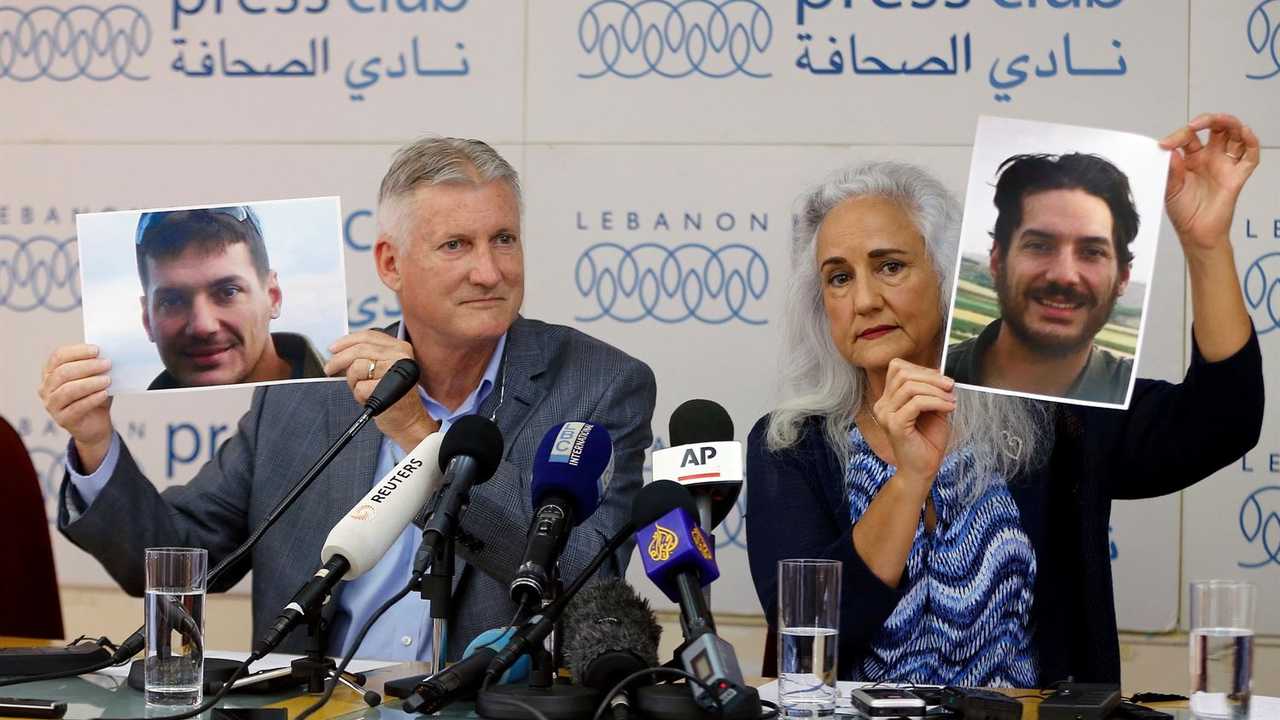 On Friday, the president and Secretary of State Mike Pompeo marked the eight-year anniversary of the disappearance of American Austin Tice. Tice, who would have turned 39 this week, was abducted in 2012 while covering Syria as a freelance journalist.

"On August 14, 2012, three days after his 31st birthday, Austin Tice disappeared in Damascus, Syria," Sec. Pompeo said on Friday. "Except for a video released a few weeks later, he has not been heard from again. Soon he will mark his 3,000th day in captivity." Pompeo went on to describe the efforts of the U.S. government in achieving cooperation with Syria.

Although no one has ever claimed responsibility for the abduction of Tice, a video showing him bound and blindfolded surfaced in September of 2012. Some believed, based on the limited amount of evidence in the short video clip, that Tice was being held by the Syrian government. Pompeo praised the efforts by Roger Carstens, the Special Presidential Envoy for Hostage Affairs.

The U.S. government has repeatedly attempted to engage Syrian officials to seek Austin’s release.  President Trump wrote to Bashar Al-Assad in March to propose direct dialogue.  No one should doubt the President’s commitment to bringing home all U.S. citizens held hostage or wrongfully detained overseas.  Nowhere is that determination stronger than in Austin Tice’s case.

Special Presidential Envoy for Hostage Affairs Roger Carstens single-mindedly and tirelessly pursues his mission and has my unwavering support.  He and I, like the President, want there to be no need for another statement like this a year from now.  Austin Tice’s release and return home are long, long overdue.  We will do our utmost to achieve that goal.

A statement from President Trump echoed Pompeo's urgency in finding Tice; the president also vowed to further purse mitigation of suffering for the people of Syria.

Prior to his work as a freelance journalist, Tice was an infantry officer in the U.S. Marine Corps, having completed tours of duty in Iraq and Afghanistan. Tice's family credited his time in the military as having inspired him to report from the ground in Syria.

"He was hearing reports from Syria saying this is happening and that is happening but it can't be confirmed because there really are no reporters on the ground," Tice's father Marc Tice said in 2013. "And he said, 'You know, this is a story that the world needs to know about.'"

His disappearance has been followed closely by not only the leaders of the United States but by nongovernment organization Reporters Without Borders, which said in 2017 it believe sTice is still alive in Syria.

Tice's parents said in December 2018 that they had information that led them to believe that their son was still alive, but did not expand specifically on what that information was. They did say, however, that the best hope for bringing Austin home was for the United States to talk directly to the Syrian government.

The U.S State Department also said in 2018 they believed Tice was alive and still being detained in Syria. The FBI is currently offering $1 million for information about Tice's whereabouts.

Senior Investigative Correspondent for CBS Catherine Herridge praised the president for his commitment to bringing Tice and all U.S. hostages home.

"No one should doubt the President's commitment to bringing home all U.S. citizens held hostage or wrongfully detained overseas," Herridge said in a tweet. "Nowhere is that determination stronger than in Austin Tice's case."

doubt the President’s commitment to bringing home all U.S. citizens held hostage or wrongfully detained overseas. Nowhere is that determination stronger than in Austin Tice’s case..(his) release + return home are...long overdue. We will do our utmost to achieve that goal.@CBSNews pic.twitter.com/xDyH25ogwJ

From Beirut in 2018, Tice's mother Debra pleaded for cooperation between Syria and the United States that would bring her son home. Asked what it would be like to see Austin again, Debra said, "I plan to make it very difficult for him to breathe because I'll be hugging him so tight."