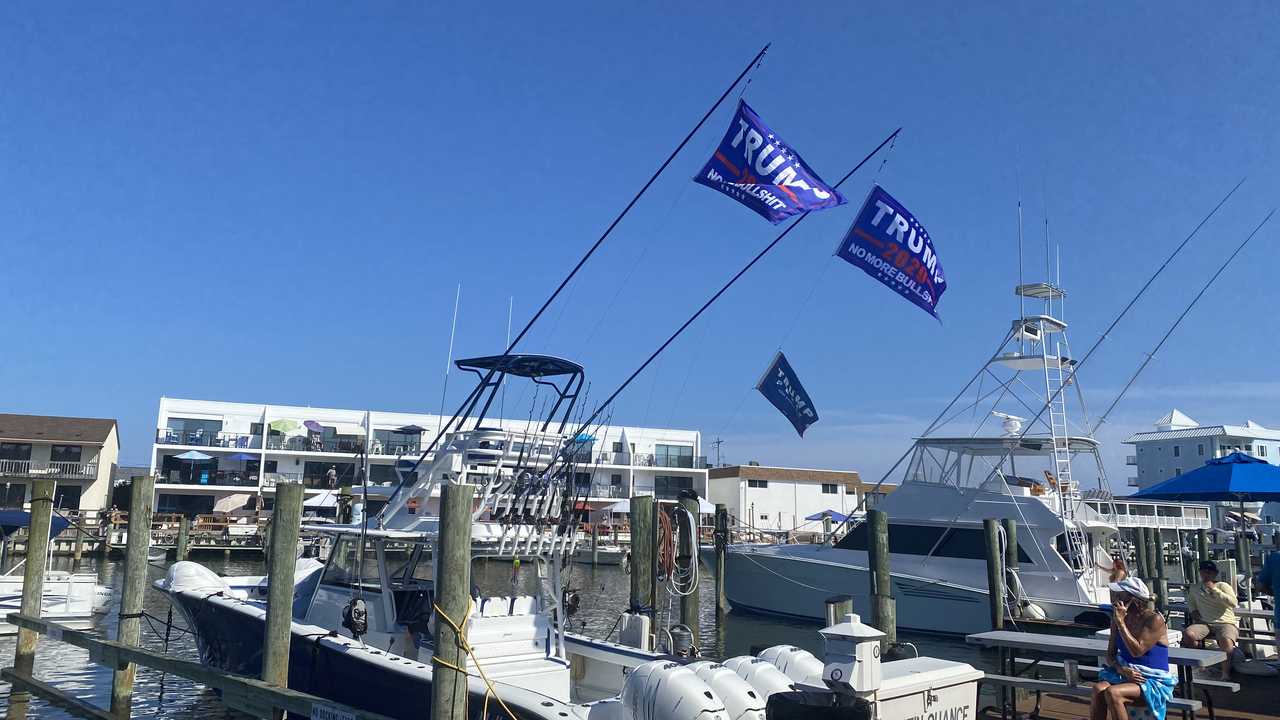 Ocean City, Maryland – One of the most popular vacation destinations in the mid-Atlantic, Ocean City has been a beach oasis and escape from city life in Washington, D.C., and Baltimore for more than 100 years. Now, as the nation is gripped with fear over disease and divided by social unrest, the beach community has become an important portal to a world of freedom and patriotism.

Over the last week, thousands of hopeful fishers and chartered boats descended on the beach town to compete in the White Marlin Open, one of the most popular billfish competitions in the nation. Competitors weren't deterred by economic lockdowns, protests, or cancel culture. Fishing enthusiasts of all backgrounds, manning boats of all sizes, didn't pack bitterness or political angst for a week of fishing. They brought grit, determination, fortitude, and pride.

The weigh station for the angler's biggest catches in Harbour Island was closed to the public this year, over concerns of large gatherings and COVID-19, officials said. But a late afternoon lunch at the Reel Inn was sufficient to secure a spot in the front row without raising too many eyebrows. Hundreds of boats spent days on the open Atlantic waters hunting for the biggest Marlins, Swordfish, Wahoos, and Sharks. As the clock turned to 4:30 on Saturday, the day's catches began pouring in.

Any boat with a competitive Marlin on board signaled their achievement by raising a small flag with an image of the fish proudly waving in the sea air. But as the competitors steered into Harbour Island, there was another flag much more frequently displayed by the fishers: flags supporting President Trump.

In fact, boats parked in the small, private inlet marina that didn't compete in the WMO were also dressed up in Trump-supporting flags and stickers. "Trump 2020" and "Women For Trump" flags waved from condo balconies and spectators donned their most pro-presidential apparel. The spectacle could have almost been mistaken for a political rally instead of a fishing competition.

Boaters, small business Americans, love the president. It’s much more than a bumper sticker on a Corolla. It’s an endorsement of the American dream and one they are proud to wave from their sea craft. pic.twitter.com/OnaVhbHsfa

The first White Marlin weigh-in on Saturday clocked in at an impressive 75 pounds. The small gathering of spectators, already bending the rules governing the number of people allowed to stand in a crowd, cheered wildly as the competitor honked gleefully and steered his Trump 2020-adorned fishing vessel out of the inlet. The applause was already in vein; his giant fish was two pounds short of the current leader. By the end of the competition on Saturday, a massive 97-pound entry blew the other entries off the board.

Floating Trump Parades have become increasingly popular in the years since the president took office. To the boat owners who proudly wave the banners, that's no accident. According to Chris, who captains a fishing boat out of the Bahia Marina further uptown, most boaters proudly waving their support of the president implicitly trust Trump's economic leadership and endorsement of small businesses.

"Most of these guys are business owners," Chris said, gesturing to a large, ornate boat tied up just next to his own. "This guy's boat is worth more than my house. He has three restaurants here in town." Chris said that the plethora of flags seen on boats in every marina throughout the city was no surprise to him. He couldn't imagine a single reason why a level-headed business owner or boater wouldn't enthusiastically support the president.

As many conservatives in America grapple with how open they should be about their politics for fear of retribution, charter captains, fisherman, pleasure boaters, and even tour boat owners proudly support the president. And it seems, their confidence is not misplaced.

Throughout the competition, spectators gathered on the shore near the 3rd street baseball park in the late afternoon to watch the seemingly infinite line of boats return to the inlet on 14th street for their final weigh-in of the day. As boats exited the open waters of the ocean, they were greeted by thunderous applause from onlookers. A jumbotron provided updates for spectators unable to physically watch the tense moments at the scales.

Lines of boats waving Trump flags honked and greeted onlookers as they cruised into the inlet, greeted not by the jeers of protesters now familiar in major cities, but by cheers from fellow supporters. The line of competitors excited to share their daily haul often looked more like the now-famous flotillas of "Trump Boats" than a rowdy group of fishermen.

If Black Lives Matter and Antifa were present in Ocean City, they'd have plenty of Trump enthusiasm to protest. But they simply aren't there. The competition drew hundreds of spectators and participants each day and replaced the angst and virtue signaling so common this summer with joy and patriotism. There was nothing controversial about American pride at the beach this week.

Like many tourist-driven communities, Ocean City is powered by small businesses. In 2020, they are trying to make the most of a season that has been crippled by a global pandemic. For business owners, seasonal employees, and vacationers, they know their financial future rests in the hands of the person they choose to steer the nation toward economic recovery and prosperity. For them, that choice is easy.