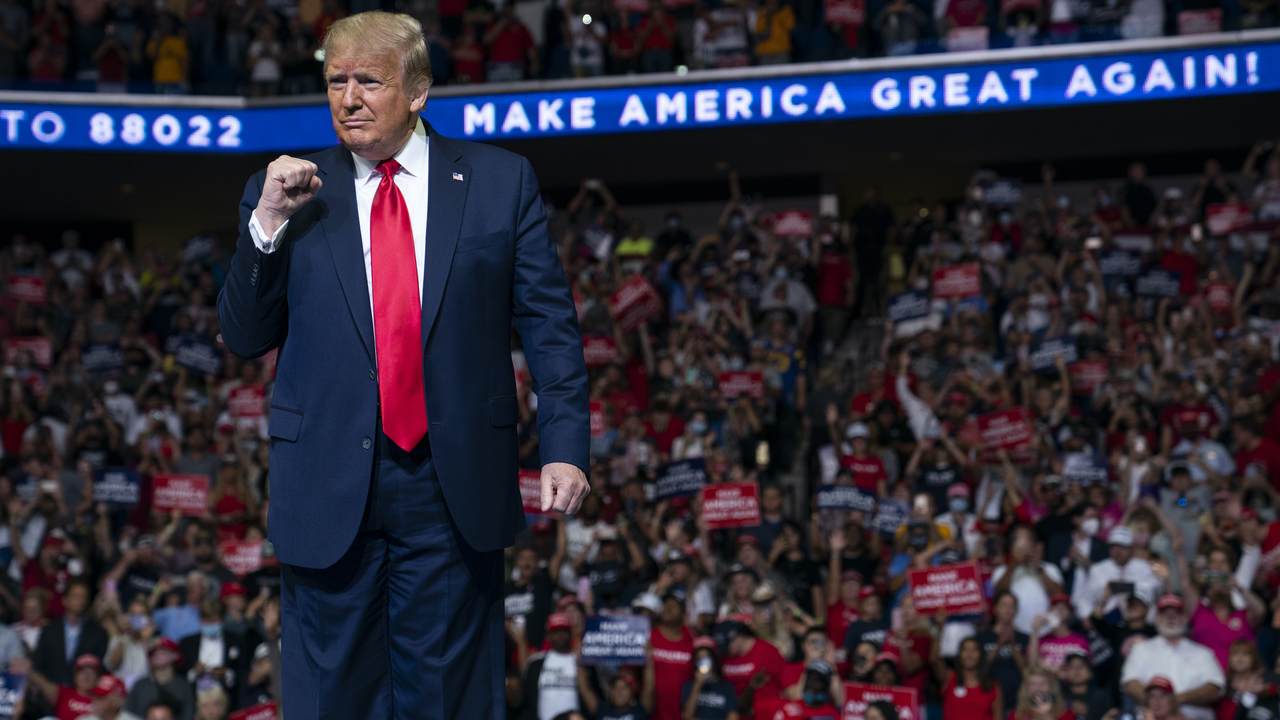 President Trump's bid for reelection got an unexpected boost this week from a voice that has consistently condemned the man, his supporters, and all he stands for.

Linda Sarsour, a far-left Palestinian-American activist, said on Twitter that she has begrudgingly endorsed presumed Democratic presidential nominee Joe Biden for the White House. Her promotion of Biden was not without its misgivings, however, as Sarsour detailed her disappointment that socialist Sen. Bernie Sanders was no longer in contention for the presidency.

"We as Muslim Americans are not a monolith," Sarsour said, before describing most Muslim Americans as socialists. "We are the most diverse faith group in terms of race & ethnicity, socioeconomic status, age, etc. Majority of our people supported Bernie in the Democratic Primary because he earned our votes & we need Biden to continue to do the same." Sarsour went on to wax about what could have been a Sanders White House.

"Bernie Sanders has a platform that spoke to the needs and issues of the Muslim American community: both foreign and domestic in a way we had not seen before," she said. "He spoke to the plight of the Palestinian people."

Bernie Sanders has a platform that spoke to the needs and issues of the Muslim American community: both foreign and domestic in a way we had not seen before.

He spoke to the plight of the Palestinian people.

That plight, one would assume, would be in line with Sarsour's belief in a one-state solution that would see the total destruction of Israel. Sarsour has long been allied with anti-Semitic and anti-Zionist activists such as Louis Farrakhan and others who have been linked to terrorist activity inside the United States.

Sarsour went on to detail all the work that the socialist candidate had done to further indoctrinate Muslim Americans against the people of Israel and their allies in the United States and praised him for his support of radical Marxist causes currently embraced by Black Lives Matter.

Bernie also included Muslims in conversations on criminal justice reform, health care, immigration and more. We helped contribute to some of his policy proposals. He gave us a seat at the table before anyone else did.

Sarsour officially endorsed Biden on Tuesday during an Emgage Action call in which Biden pandered for more Muslim votes by suggesting that schools should teach children more about the Muslim faith. Her endorsement lacked exuberance and included the note that, to her, this election really wasn't about Joe Biden; it was only about defeating Donald Trump.

But, in reality, as Sarsour shared on Twitter just the day before, the election is about getting Trump out of office because he simply isn't going to bend to the whim of her radical, Marxist, anti-Semitic agenda. She believes that Joe Biden will.

"I choose Biden. But I choose him as my opponent in the White House," Sarsour said. "I want him to defeat Trump so we can mobilize our movements to hold him accountable and push him to do and be better. We can't do that with Trump."

I choose Biden. But I choose him as my opponent in the White House. I want him to defeat Trump so we can mobilize our movements to hold him accountable and push him to do and be better. We can’t do that with Trump.

Sometimes the right thing to do isn’t easy but it must be done.

She's right, of course, she can't do that with Trump. The president wouldn't ever give someone so radical, dangerous, and anti-American as Sarsour a seat at any table. Sarsour actively calls for the destruction of Israel and disparages Jewish people at every turn. She calls for a complete abolishment of police in the United States and actively embraces the racist ideals of Black Lives Matter.

Sarsour's endorsement of Joe Biden and her plan to oppose him in the White House should alarm all supporters of the Democratic nominee. He is seen as clay in the palms of the most radical and dangerous people in the country who hate our way of life and want to see it burned to the ground. If her advocacy for a totally malleable puppet in the White House isn't a rallying cry to vote for Donald Trump, it's hard to see what would be.