The Tyrannical Loophole That is Emergency Powers 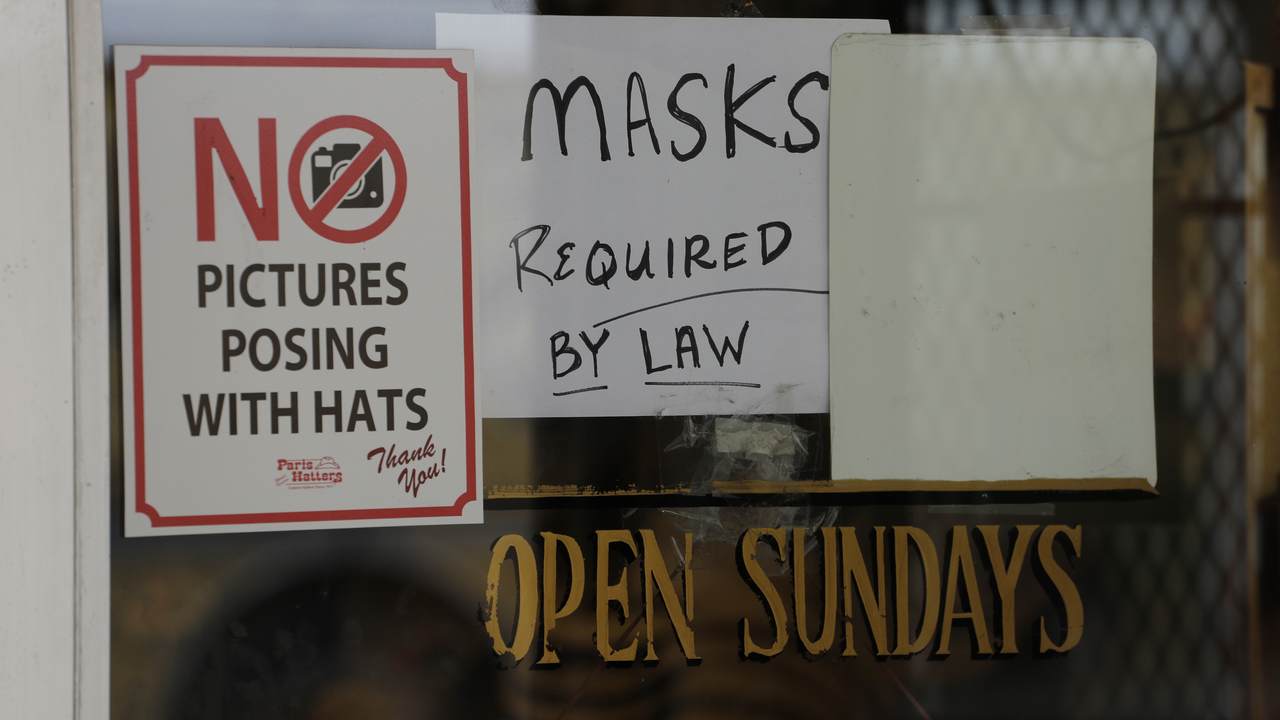 Since the early days of the COVID-19 pandemic the United States has been in various states of emergency. Not limited to the federal level, each state and municipality is throttling in their own various, official states of emergency which give power to local leaders they wouldn't normally have.

Now, more than three months of living under the umbrella of state-wide, city-wide, county-wide, and even national emergency orders, there seems to be no end in sight for having to blindly obey at whim, life-altering decrees from bureaucrats. The country as a whole has met and surpassed many of the criteria leaders set out as their original goals, but that ultimate power has not been relinquished on any level. Governors, mayors, and various administrations have continued to wield "emergency" power, promising the people they were elected to lead that it was in their best interest, whether they agreed or not.

As the novel virus found a new foothold over the last few weeks, combined with increased testing, the confirmed cases of COVID-19 went up. This was not unexpected and many experts, including Drs. Birx, Fauci, and Redfield of the White House Coronavirus Task Force confirmed that the numbers were within ranges they anticipated. In fact, they all claimed, these new spikes in numbers across the U.S. South and in parts of the West are nothing like the beginning days of the virus in terms of danger. Rather than encouraging massive shutdowns and suspensions of reopening efforts, they suggested people continue to social-distance, and wear masks when they couldn't. Reasonably, they recommended that vulnerable people isolate themselves and sick people quarantine themselves.

But leaders followed the panicked headlines of the media and chose to take action the only way they seem to know how, ordering the people of their states to greatly curtail their own routines and livelihoods. And no, these orders don't naturally expire after a period of time because expiration dates on emergency orders have been proven to be utterly meaningless. Governors cite any number of potential hazards on the horizon and simply sign extensions on their own orders to keep their "temporary" dictatorship viable.

This week, under the extended emergency declaration in California, Gov. Gavin Newsom (D) issued suffocating business restrictions for the hospitality industry, including the suspension of indoor service for restaurants and wineries and the closure of all bars in the state's most populous areas. The state hasn't even begun to recover from the months of stifling shutdowns that crippled the economy and left millions out of work. Now they face the loss of what could have and should have been a lucrative holiday weekend.

Now, just ahead of Independence Day, Newsom cast aside concern over whether the people he was popularly elected to govern support these draconian measures and further ordered the closure of California beaches. Economic devastation for Californians seems to mean little to Newsom at this point, who claims he's acting in in the interest of safety.

"Wear a mask. Physically distance. Be smart. Do your part," Newsom quipped in a tweet along with his decision to cut millions of dollars in revenue for California businesses. His words almost make it seem like those reading them have a choice in the matter. They don't.

In fact, like many other places across the country, masks are now required for people in a public place in California. Newsom's encouraging little tweet doesn't mention that he plans to legally enforce his rhyming "suggestion." Newsom also vowed to form a law enforcement "strike team" to enforce the new restrictions on businesses that dared to operate under their own free will. Of course, no such strike team has been formed to curb massive social-distance violating protesters and rioters in streets across the state.

And Newsom isn't alone. Govs. Ron DeSantis (R) of Florida and Greg Abbott (R) of Texas have reached back into their emergency power grab bag to issue new restrictions on their states' businesses as well. Whether Gavin Newsom or any of the other leaders currently issuing emergency bans on businesses this week because of COVID-19 really believe they are saving lives is beside the point. The data seems to show that they are not, considering those most vulnerable to this disease are over 80-years-old or have serious health problems. This is data that all experts seem to agree on but still, it remains outside of the main problem which is uncontrolled power by leaders in what is supposed to be a government by the people.

Before you think this is all related to the COVID-19 pandemic and will come to an end if and when the disease does, the mayor of Richmond, Virginia, Levar Stoney (D), used his emergency power this week when the city council didn't vote the way he wanted them to. The council, elected by the people of Richmond, voted to keep the iconic statue of Confederate General Stonewall Jackson in the city. Whether or not you approve of Jackson's life, that's how democracy works. There are elections, and citizen input, and petitions, and council votes. The will of the people was that Jackson, warts and all, stayed right where he was.

Stoney had other ideas and said that the city would only begin to heal from its Civil War history with Jackson removed. The people who elected him seemed to disagree, at least that's how the system of government they thought they were in reflected their will and rights as free citizens.

Amid a cultural battle in the United States that includes surges of violence, destruction, and censorship, the notion of living in a free society governed by the people should offer comfort and solace. After all, even when times are bad, this is the freest most wonderful country on the planet. But the never-ending state of emergency we seem to be living in must have an expiration date, and it must be imminent.

The emergency power is described in the Constitution as being necessary to prevent insurrection, war, or other grave threats to the people of the country. It isn't meant to cull statues you find "problematic" or keep businesses closed out of "an abundance of caution." It certainly wasn't put into the most sacred document in our government to give power-hungry politicians carte blanche to suppress the will of the people.