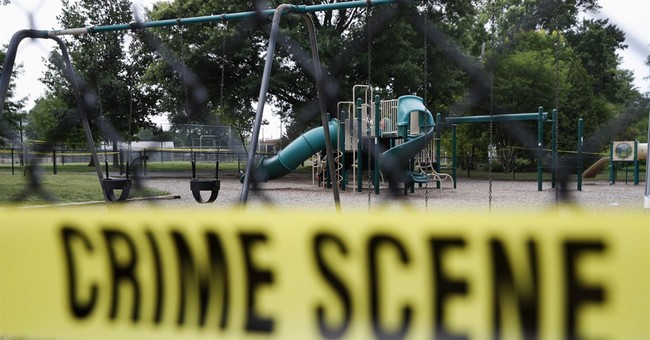 (Warning: This article contains an account of heinous crimes that involve the profound abuse of minors)

The Department of Justice announced on Wednesday that nine people have been arrested and charged with crimes related to drugs and child sex trafficking. According to a DOJ statement, a grand jury in Columbus, Ohio returned multiple charges for each of the accused relating to the exchange of illegal narcotics for access to sex with minors.

Larry Porter, 69, of Scioto County had been under FBI surveillance for more than a year on suspicion of giving drugs to addicted mothers in exchange for sexual contact with their children. Multiple sources told the FBI Child Exploitation Task Force that Porter had contact with several mothers and sexually abused both male and female children.

The Jackson County Sheriff’s Office coordinated a sting operation earlier this year involving posts on Facebook meant to appear to Porter as invitations from parents to exchange narcotics or cash for contact with their children. According to the Sheriff's Office, Porter agreed via Facebook to pay $80 to spend time with a seven-year-old girl. Sheriffs say Porter was arrested when he arrived at a planned meeting point and informed officers he would "be done around midnight" with the girl and would return her then.

The Ohio Bureau of Investigation and the FBI also stated that Porter kept large amounts of child pornography on carefully concealed flash drives. He would also film parents of victims sexually abusing their own children and keep the footage as blackmail. Many parents and children were interviewed by both investigative bodies.

The complaint against Porter, which includes 13 federal charges, also states that while in jail, Porter made phone calls and sent letters to family members and acquaintances instructing them to lie to investigators. Porter's daughters, Denna Sue Porter, 32, and Crystal D. Porter, 39, were also charged with crimes related to concealing their father's activities. Both women were observed digging holes on Porter's property sometime after his arrest. Investigators say when they searched the area where the two had been digging they discovered a flash drive buried in a jar. According to the FBI, that drive contained child pornography.

Other associates of Porters were also charged, including Frank Andrews and David Cole, both in their sixties. The two men are accused of conspiring to commit acts of child sex trafficking, possessing child pornography, and attempting to destroy evidence.

Porter's cousin, Wayne Porter, has been charged with attempting to obstruct an investigation and conspiring to tamper with a witness. Larry Porter allegedly told his cousin, upon thinking he discovered who leaked information about him to the police, to inquire about the individual in question and potentially harm him if need be.

"Go out and make sure that idiot don’t do something," Porter said in a recorded jailhouse phone call. "If you have to put a slug in that son-of-a-bi---."

Three other individuals, Joshua Aldridge, Charity Rawlins, and Ronnie Rawlins, were charged with crimes related to bringing minors to Porter for sexual activity. Both Rawlins are said to have transported a seven-year-old child to Porter in exchange for pills over a period that may have spanned as long as five years.

An unnamed number of mothers who agreed to exchange sexual abuse of their own children in exchange for illicit drugs also face felony charges at the local level.