Protestors March for Freedom on Memorial Day at Locked Down Beach 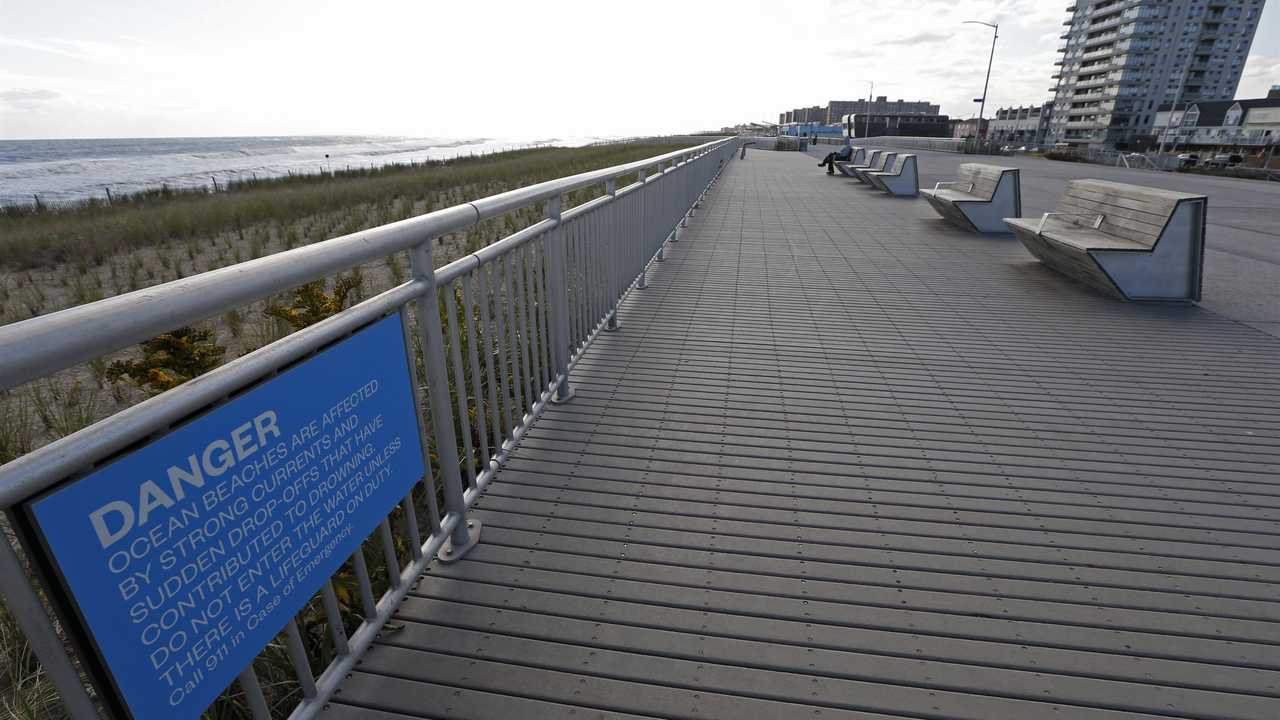 Residents of New Jersey headed to the shore on Monday, not to hang out around a cooler and celebrate Memorial Day weekend, but to express frustration that their beach, shops, and restaurants remain closed. Fed up residents of the Garden State headed to Point Pleasant on the Jersey Shore to protest the ongoing lockdown of beach tourism amid an extended state-wide shutdown.

New Jersey has drawn significant attention for Democratic Gov. Phil Murphy's particularly stringent orders to keep the state shut down as many regions and states across the U.S. have reopened for the holiday weekend. As the vast majority of the country has entered phases that allow businesses to operate and residents to enjoy recreational activities, Murphy and other leaders in the state have continued to force "nonessential" businesses to remain closed.

Murphy's slow and hotly contested reopening plan did include a reopening of beach access this weekend but the shops and restaurants that work hand in glove with beachgoers must remain closed. The protest organized by ReOpen New Jersey, dubbed "Freedom March of NJ," gathered in Point Pleasant on Monday morning and waved American flags, Memorial Day commemorations, and Trump re-election signs. One woman said that they came to the beach because they were told they could not.

"People said, 'Why are you going to Point Pleasant?' Because it's closed," she said. "That's why we're here. Point Pleasant is closed." Hundreds began chanting for the end of Gov. Murphy's restrictions on the state and for his removal as governor.

At the Freedom March. @Reporter_15 pic.twitter.com/NOp67dLT3A

Scheduled speakers at the event included New Jersey lawmakers as well as embattled Bellmawr gym owners Ian Smith and Kyle Newel, whose Camden County Gym, Atilis, has been in the national spotlight since they opened against state lockdown orders last week. Atilis gym was placed under embargo over the weekend, effectively blocking the owners from being able to access their business.

Gov. Murphy said in a CNN interview that while he still endorsed citizens' right to lawful assembly, he would not be swayed by their request to open the economy and save families from the financial devastation caused by the lockdown.

"I don't begrudge their right to protest, but they don't sway me," Murphy said. "The only thing that sways me are the facts and the data and the science. And listen, I want to open salons and gyms as much as anybody, but I think folks know this, but when you talk about indoors, lack of ventilation, close proximity, sedentary...we're not there yet. I want to do it responsibly, and I don't want to kill anybody."

Though he claims his actions are based on "facts, data, and the science," his own orders do not reflect the steady decline in viral spread within New Jersey and the surrounding areas. White House Coronavirus Task Force organizer Dr. Deborah Birx said on Friday that based on all available data, the New Jersey, New York metropolitan area was in obvious decline from their peaks several weeks ago. She encouraged people to enjoy their Memorial Day weekend while observing social distancing guidelines and wearing masks when in close proximity of other people.

The governor phased criticism early on in the pandemic when he forced houses of worship to close through executive order. Pressed by Fox News' Tucker Carlson to describe what authority he was citing when he chose to violate the Bill of Rights, Murphy did not have a strong answer.

"That's above my pay grade, Tucker," Murphy said at the time. "I wasn't thinking of the Bill of Rights when we did this. ... We have to find a different way to worship."

"Government’s not allowed to tell people how to worship," Carlson reminded Gov. Murphy. In the wake of Murphy's and other governors' orders to shut down religious services, President Trump reminded the nation on Friday that Americans have the right to gather and worship however they please, as is written in the Constitution.

Despite keeping the revenue stream turned off during the kick-off of New Jersey's tourism season, Murphy ventured out with his wife to check things out on the Jersey Shore. Though his orders seem to stem from a distrust in residents being able to conduct themselves in a safe manner without extreme government nannying, he noted that beachgoers were mostly wearing masks and social distancing.

Great run this morning with @FirstLadyNJ, followed by a nice stroll along the boardwalk in Seaside Heights and Seaside Park. Lots of folks wearing masks, practicing social distancing, and responsibly enjoying our beautiful Shore this MDW. pic.twitter.com/1oqkiHVjCZ