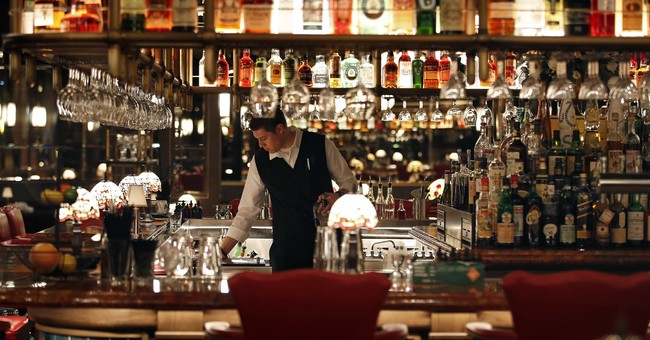 High-end Steakhouse chain Ruth's Chris returned $20 million in government stimulus this week after getting blowback from politicians, the public, and small businesses in need of financial aid. Ruth’s Chris, which has 136 locations across the United States, is a publicly traded corporation and in significantly better financial standing than many small businesses.

“The intent of this money was not for big, public companies that have access to capital,” Treasury Secretary Steve Mnuchin said from the White House on Wednesday. In addition to being publicly traded, 55 of the Ruth’s Chris US locations are operated as franchises, independent from the corporate Ruth’s Chris Hospitality. Though the franchises are able to apply for their own small business loans, forgivable through the Paycheck Protection Program, they would likely not have been able to receive money from the corporate loans.

The $349 billion in initial funding for the PPP provided through the CARES Act was exhausted last week after many larger companies secured funding through the program. A stipulation in the qualifications to receive the emergency funding said that corporate businesses with fewer than 500 employees per location were allowed to apply for the loan. Few, if any, restaurant or retail businesses would be excluded under that provision.

Representatives for Ruth’s Chris confirmed on Thursday that the money would be returned to the government in light of public outcry and even criticism from the White House press briefings. Burger chain Shake Shack announced earlier this week that as they still had access to capital and were in better standing than many American small businesses, they were opting to return the money. Calls for Ruth’s Chris to follow suit came quickly after.

RUTH'S CHRIS JUST ANNOUNCED THEY ARE RETURNING THE MONEYhttps://t.co/mCo5fg9GuN pic.twitter.com/JZOW3zFAnA

“We intended to repay this loan in adherence with government guidelines, but as we learned more about the funding limitations of the program and the unintended impact, we have decided to accelerate that repayment," said Ruth’s Chris CEO Cheryl Henry. "It is our hope that these funds are loaned to another company to protect their employees.”

Other chains, both privately owned and publicly traded, announced they planned on returning the funding in hopes of boosting businesses facing terminal financial harm. Popular salad chain Sweetgreen announced the return of their $10 million loan on Thursday as well.

“We learned that the money had run out and so many small businesses and friends in the industry who needed it most did not receive any funds,” co-founder of Sweetgreen Jonathan Neman said. “If this crisis has taught us anything, it is that we are all in this together and we believe strongly that the restaurant community needs more support and resources to weather this storm.”

More than $300 billion in additional funding for the PPP was approved on Thursday with the intention of getting more cash to the businesses that missed the first round. The president was expected to sign the supplemental funding bill late Thursday evening.