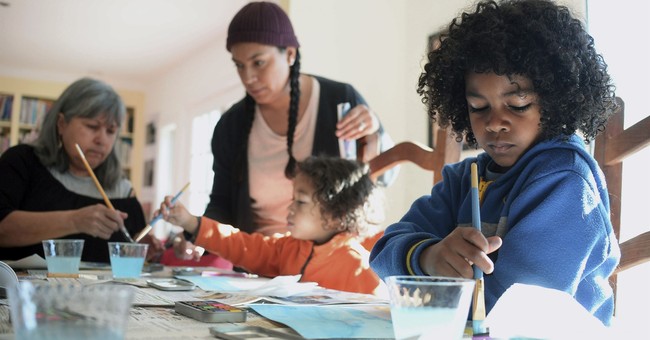 A still-planned June forum hosted by Harvard University has attracted widespread criticism for its one-sided approach to thumping on homeschool families across the country. The organizers describe the invitation-only event as a summit to discuss "problems, politics, and prospects for reform" that the speakers, all of whom are against homeschooling, think are most important.

We will convene leaders in education and child welfare policy, legislators and legislative staff, academics and policy advocates, to discuss child rights in connection with homeschooling in the United States. The focus will be on problems of educational deprivation and child maltreatment that too often occur under the guise of homeschooling, in a legal environment of minimal or no oversight. Experts will lead conversations about the available empirical evidence, the current regulatory environment, proposals for legal reform, and strategies for effecting such reform.

There is no registration fee for this event. This event is private and by invitation-only.  If you are personally unable to attend but have a colleague you recommend that we invite, please give us their name and contact information so that we can issue an invitation.

The highlighted speakers include attorneys, law professors, and advocates for victims of child abuse, many of whom have published works on the event reading list that deeply disparage homeschooling. The most promoted event speaker, Harvard Law professor Elizabeth Bartholet, published an article last year in the Arizona Law Review which asserted many homeschoolers are abusive and teach their children to be racists who don't believe in democracy or science. She concluded with a call to ban homeschooling altogether.

This Article describes the rapidly growing homeschooling phenomenon and the threat it poses to children and society. Homeschooling activists have in recent decades largely succeeded in their deregulation campaign, overwhelming legislators with aggressive advocacy. As a result, parents can now keep their children at home in the name of homeschooling free from any real scrutiny as to whether or how they are educating their children.

Many homeschool because they want to isolate their children from ideas and values central to our democracy, determined to keep their children from exposure to views that might enable autonomous choice about their future lives. Many promote racial segregation and female subservience. Many question science. Abusive parents can keep their children at home free from the risk that teachers will report them to child protection services.

Some homeschool precisely for this reason. This Article calls for a radical transformation in the homeschooling regime and a related rethinking of child rights. It recommends a presumptive ban on homeschooling, with the burden on parents to demonstrate justification for permission to homeschool.

Advocates for homeschooling have specifically skewered the widely publicized June forum as only inviting voices that wish to criminalize home education, not giving a voice to the other side. The Home School Legal Defense Association has long fought for the legally endowed rights of families to educate their child as they please. Representatives from that group and other homeschooling advocates did not make the guest list.

Amid criticism, Bartholet contends that a variety of voices and opinions on homeschooling will be heard at the forum despite the published list of staunchly anti-home education voices. However, one source told Townhall that a casual suggestion to Bartholet that she include the HSLDA among the invitees was firmly denied. Bartholet told the source that the invited group of speakers and guests consisted of "serious experts, academics, and others, on homeschooling" that expressed a "variety" of views. For a "variety of reasons" that Bartholet declined to give, the HSLDA would not be among them. In her paper, Bortholet notes the political prowess of the HSLDA saying they are "well-organized," and “overwhelmingly powerful politically."

The timing of the event, which was planned before the Wuhan coronavirus pandemic, is also unfortunate, as parents across the nation have been thrust into ill-prepared remote learning curriculums with their children. Many have expressed frustration with the assignments given by public education that resemble busy work. Parents who wish to teach children independent materials more suited to a crash course in home education have been instructed that their children would not receive credit. As a return to school remains uncertain for every American child, more freedom in home education offers greater appeal to parents who had never before considered it.

While Bartholet presents her cause against homeschooling as protecting children from abusive parents unfit to deliver high-quality education, the views expressed in her 80-page Arizona Law Review article lean heavily on her concern that the right type of "values" are not being ingrained in American children. A forum-accompanying article published in the most recent issue of Harvard Magazine shared Barrholet's view that homeschooling families deprive their children of a "meaningful education" and prevents them from becoming "active, productive participants in the larger society."

According to her writings, Bartholet's advocacy for the end of homeschooling seems primarily rooted in a belief that Christian biblical teachings and independent thought expressed by parents stop children from conforming to what she believes American society should be. Children should be free, she says, to make their own political decisions and not follow only in their family's footsteps. To make these "autonomous" decisions, she contends, children should only be given a government-prescribed education.

Harvard University, currently under fire for accepting $9 million in stimulus from the taxpayer funded CARES Act despite their $40.5 billion endowment, has no current plans to cancel the June event, despite the global Wuhan coronavirus pandemic.

Share this on Facebook
Tweet
Republicans Know What's at the Heart of Nancy's Edict for Masks on the House Floor
Matt Vespa
A Gaza Building Housing Media Outlets Was Destroyed by IDF. This is Why.
Katie Pavlich