'Wouldn't Be the Worst Thing': Indiana Democrat Jokes that Entire State Legislature Should Get Virus 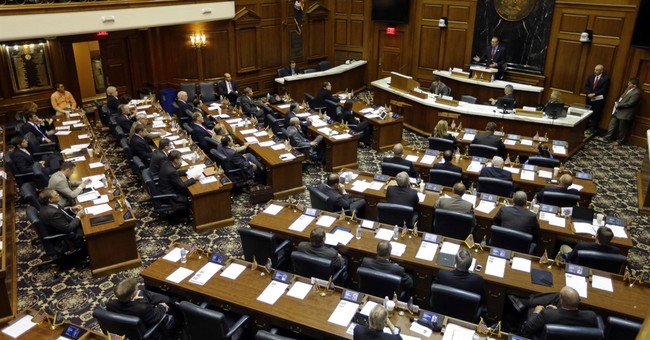 During a heated panel discussion about whether the state of Indiana should call a special session to discuss the economic impact of the Wuhan Coronavirus, Democrat Ann DeLaney joked that the entire state legislature getting infected might not "be the worst thing."

Responding to a question about whether local lawmakers should assemble to address issues of price gauging and mandated closures, Mike O'Brien, an Indiana Republican political advisor, suggested that an emergency session could be needed but not at this time. O'Brien noted that there were issues threatening the state capital city of Indianapolis but that large gathering mandates prevented much from being done until as late as early 2021.

Strongly rejecting O'Brien's hesitancy to call on local lawmakers, DeLaney, who once served as the Chairwoman of the Indiana Democratic Party, said that the state legislature needed to act immediately. Stepping over other panelist's willingness to abide by social distancing orders, DeLaney called on the state congress to act.

"It's the right idea and it is the right time," DeLaney said in response to a question about whether a special session was necessary, given the risk of gathering 150 congressmen and women as well as their staff.

"Well it's a violation of the gathering law," O'Brien snapped back.

"Well, maybe they'll all get infected and maybe that wouldn't be the worst thing," DeLaney retorted with a soft chuckle.

"I can't believe you'd make a joke like that," O'Brien responded solemnly.

After a short pause in the discussion, DeLaney, unfazed, moved on to criticism of Indiana Republicans for failing to "protect pregnant women" earlier in the year when they did not pass a bill that would give expecting mothers longer breaks and other accommodations. The state assembly at that time instead focused the bill on a study that would look at special circumstances for mothers.

Other panelists did not echo DeLaney's urgent call for the legislature to violate gathering laws, putting themselves at risk. Suggestions of waiting to assure the safety of lawmakers and potentially voting from home were made, as well as the notion that the assembly should take time to prepare for a truly effective session rather than having to meet more than once.

The discussion, which aired late last week as a part of Indiana Week in Review on Indiana Public Broadcasting, also covered the decision to move the state primary from May to June, giving residents the opportunity to vote by mail. In another controversial suggestion, DeLaney suggested that in-person voting takes place at "voting centers," as opposed to precinct voting, in an effort to pool the small number of expected election workers. She further predicted a historic voter turnout.

Thwarting DeLaney's hope to have the state government assemble immediately, Indiana Governor Eric Holcomb issued a "stay at home" order to residents of Indiana on Monday afternoon in effect until April 7.

"As of Tuesday, your state government personnel will not be a reason you have to get out of your house," prepared remarks from the governor said. "The state will be reduced to only the absolute essential workforce level, such as state hospitals, police, prison staff, child protection services, health and our already activated National Guard. We’ll be maximizing remote work, online and call centers to continue core functions, such as unemployment insurance and welfare applications. Whatever nonessential state business that has to be conducted in person will have to wait."