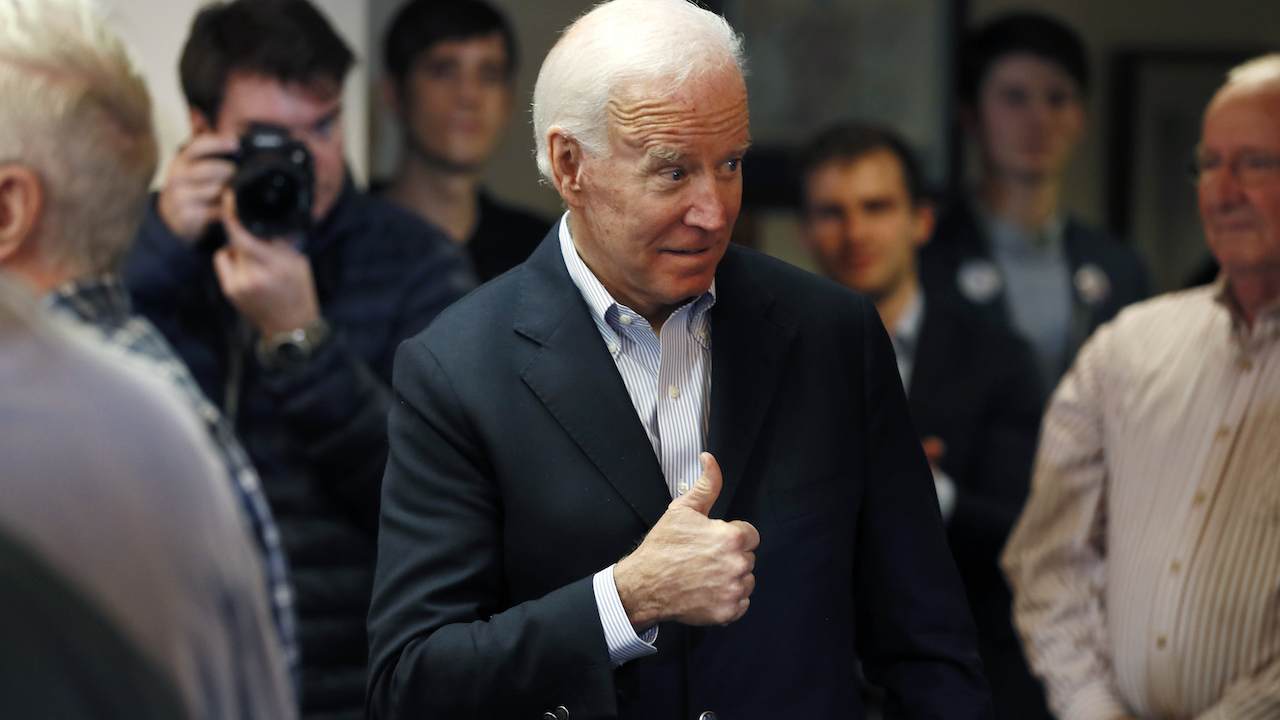 A video released by Joe Biden's presidential campaign has been the subject of sharp criticism after it was revealed to have misrepresented several statements made by President Trump.

The video was tweeted by Biden at the beginning of the month and highlighted several topics on which the former vice president has been particularly critical of Trump. Biden energetically opens the ad with a firm claim that he won't yield to Trump. "I'll be damned if I'm going to lose my country to this man at all," he says from a previously recorded stump speech.

Clips of Trump then show the president in various unflattering flames making claims that make him look unstable and illogical. But while the footage of the president is real, the clips are framed and spliced together to present Trump in a way that is not in line with the truth.

The word "hoax" didn't come up until a few moments later after he had said that the Democrats failed to impeach him, failed to condemn him with "Russia, Russia, Russia," and was now using his handling of the Wuhan virus against him. This is what he referred to as a hoax.

Now the Democrats are politicizing the coronavirus. You know that, right? Coronavirus. They’re politicizing it. We did one of the great jobs, you say, ‘How’s President Trump doing?’, ‘Oh, nothing, nothing.’ They have no clue, they don’t have any clue. They can’t even count their votes in Iowa, they can’t even count. No, they can’t. They can’t count their votes. One of my people came up to me and said, ‘Mr. President, they tried to beat you on Russia, Russia, Russia.’ That didn’t work out too well. They couldn’t do it. They tried the impeachment hoax. That was on a perfect conversation. They tried anything, they tried it over and over, they’ve been doing it since he got in. It’s all turning, they lost. It’s all turning, think of it, think of it. And this is their new hoax. But you know we did something that’s been pretty amazing. We have 15 people in this massive country and because of the fact that we went early, we went early, we could have had a lot more than that.

The Washington Post, known for its "Pinocchios" scale of fact-checking political figures, noted that the video editing around the hoax comment in Biden's ad was intentionally misleading and qualified as "omission."

Later in the ad, an ominous and manipulated Trump voiceover says, "The American Dream is dead," with no follow-up quote. This is a quote that was made by Trump when announcing his candidacy for president in 2015. However, he followed the comment with a message of inspiration intended to excite voters. "The American Dream is dead. If I get elected president, I will bring it back bigger and better and stronger than ever before, and we will make America great again."

The Biden campaign ad deliberately left out the message of hope and Trump's signature campaign slogan "Make America Great Again," leaving the isolated message as one of hopelessness and foreboding. The Washington Post's fact-checker categorized this clip as "missing context." Altogether, the ad received the highest regard for false or misleading information from a newspaper that is known to have a bias AGAINST the president: four Pinocchios.

The video remains on Twitter despite the fact that CEO Jack Dorsey vowed to fight misleading political ads running up to the 2020 election. Chairman of the Republican Party Ronna McDaniel expressed curiosity as to why the video remained active on the social media platform. "Four Pinocchios for this Joe Biden ad that blatantly manipulates @realDonaldTrump's statements. Why hasn't Twitter flagged this as a manipulated video?" She asked on Friday morning.

Why hasn’t Twitter flagged this as a manipulated video? https://t.co/ihzX0RNmVp

Twitter did not appear to immediately respond to her question.