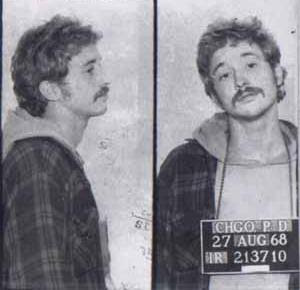 Bill Ayers, the terrorist (funny how Wikipedia says "activist" instead), won't be speaking at Naperville (Illinois) North High School after all. From the Naperville Sun:

"After a weekend of hostile e-mails from area residents, Naperville Community Unit School District 203 rescinded its invitation to the 1960s radical to address students April 8 at Naperville North High School."

“Lots of people have concerns about him,” he said, referring to the community’s reaction. “I have heard from other districts that have had him speak. Some said it was a beneficial experience and some things I heard clearly bothered me.”

Wait, did he say that some thought "it was a beneficial experience?" EXCUSE ME, what? On teaching people how to bomb the Pentagon or how not to regret doing enough?The paper added...

"District 203 Director of Communications Melea Smith said the district had received more than 125 e-mails over the weekend and the sentiment ran against Ayers’ coming to visit. “It’s a mixed bag,” Smith said. “The majority of people are angry.”

Let me get this straight, a majority is a "mixed bag?" If it were just a mixed bag, the school district wouldn't have pulled the plug -- this is just the AP's can try to justify the stupidity of allowing a terrorist to pal around with high school students.
Jill Biden Campaigns for Terry McAuliffe: 'You Need Somebody That You Can Trust'
Landon Mion
Joe Manchin Has a Message for 'Self-Declared Independent Socialist' Bernie Sanders
Rebecca Downs
Bernie Sanders Says the Media is to Blame for Americans Not Knowing What is Included in Spending Plan
Landon Mion
There's Already Fallout from the Release of Drafted Materials from Biden's Commission on Supreme Court