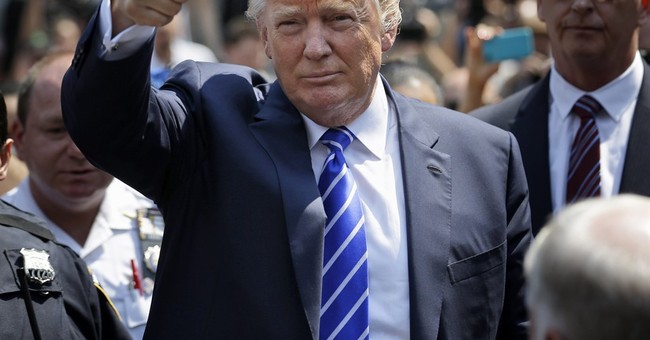 Yesterday we examined the new post-debate Fox News poll — which, among other things, showed Donald Trump doing his thing; namely, crushing the competition. Despite his ongoing tussles with a prominent female news anchor — and his sometimes unstatesman-like conduct on television — he's firmly established himself as Republican primarygoers' candidate du jour.

Two things in this poll, however, caught my attention: First, while Trump’s backers almost unanimously view him favorably, he is struggling to win over people who aren’t necessarily in his camp.

Sixty-three percent of women have an "unfavorable opinion" of The Donald. Yikes. And second, most Republicans would presumably rest a little easier if he, um, didn’t get the nomination:

In other words, 58 percent of Republicans aren't convinced Trump can win the general election, and thus likely prefer someone else. To his credit, though, the business mogul is polling higher than all his rivals on three specific wedge issues: the economy, illegal immigration, and handling ISIS. But the growing perception that he excessively belittles and disparages women is obviously a huge problem for him — and we see that playing out in this poll. For now, however, this unflattering narrative doesn't appear to be affecting how his core supporters view him.