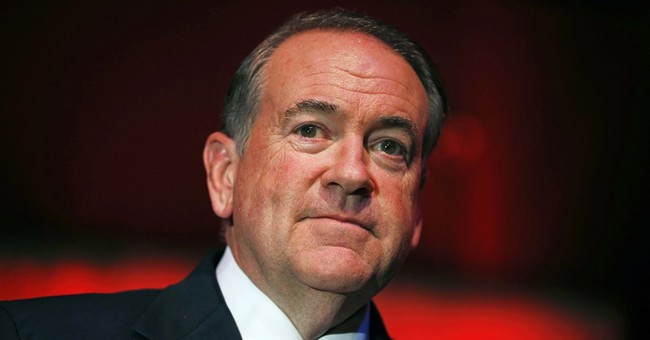 Not unlike the Franklin Pierce/Boston Herald poll, which dropped earlier today in New Hampshire, the latest Suffolk University poll conducted in Iowa evinces two things: Donald Trump is still the frontrunner (although his once gargantuan lead appears to be subsiding) and Carly Fiorina is feeling the effects of a solid debate performance. But something else also caught my attention:

Two percent? Surprising. The Hawkeye State is his backyard, and therefore one would think Gov. Mike Huckabee (R-AR) would at least be polling in the top five. Nope. With Marco Rubio, Ben Carson, and now Carly Fiorina impressing and getting their names out there, perhaps voters’ views are beginning to shift. It appears, then, that there is a strong correlation between debate performance and voters’ top choice pick — although Gov. Scott Walker (R-WI) has apparently weathered the storm, despite only five percent of respondents saying he "impressed [them] the most" during the debate. Meanwhile, Donald Trump is still making Iowans — shall we say — rather uncomfortable. And this is brutal: Roughly one-third of Iowa respondents say Donald Trump doesn't outwardly possess an “appropriate respect for women.” Which raises the question: How, then, does he expect to win the state?

UPDATE: This isn't good for Trump, either.