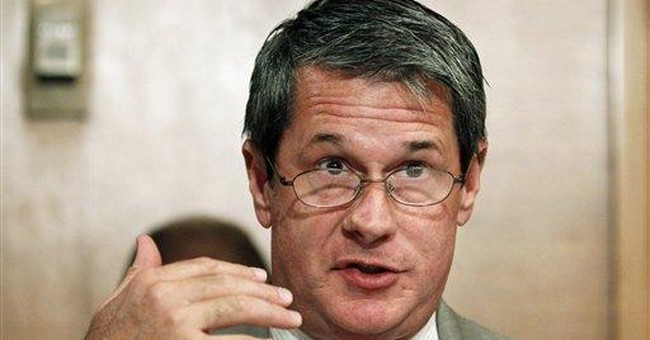 Thanks to the efforts of Sen. David Vitter (R-LA), as part of the larger budgetary process, Senate Republicans have passed an amendment giving all states the right to refuse to implement the Common Core curriculum in their schools. The amendment, however, will be one of many provisions included in the Senate's final budget, which will be voted on by the full Senate at a later date:

Voting soon on my amendment, Local Control of Education Act, to allow states to opt out of #CommonCore without penalty. #education

Victory for local control of Ed. Passed my amendment to allow states to opt out of #CommonCore without penalty, prohibit federal mandates.

I'll leave you with this statement from Vitter's office:

“Parents, along with local teachers, principals, and education leaders in our communities, know best on how to best educate our kids,” Vitter said. “We should reduce the size and scope of the federal government in our classrooms and return curriculum decision-making and use of taxpayer dollars to those closest to the students – and my legislation would do just that.”

The Obama administration granted states that adopted Common Core standards waivers from No Child Left Behind mandates. Vitter’s legislation would ensure that any state with an existing waiver will keep its No Child Left Behind waiver without penalty if the state opts out of Common Core. His bill would also make these states eligible for Race to the Top grant funding, which has only been offered to states in compliance with Common Core standards.