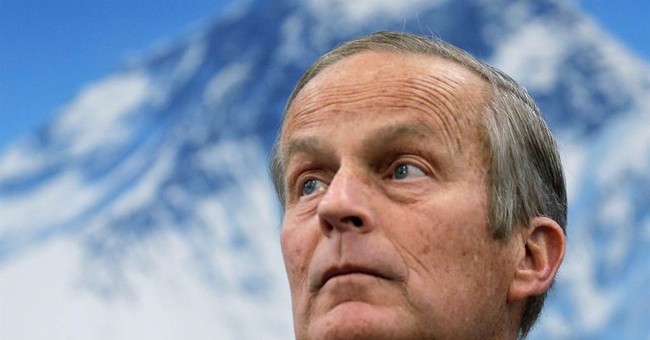 One imagines Republicans everywhere are jumping for joy:

"In response to various questions: I will not be running for the U.S. Senate in 2016," Akin said in the statement, according to The Associated Press.

Let’s be clear: it’s impossible for candidates seeking high national office, who routinely speak in front of live television or studio audiences, to not make mistakes. The nominal 2016 Republican frontrunner made a (semi) big one last week that liberals are already running with. This sort of thing happens. But the unscientific and offensive way Akin answered a question about a woman’s right to choose after being raped was one of the most egregious and outrageous moments of the 2012 campaign. He was rightly criticized by everyone.

But perhaps it was a pardonable offense (at least in Republicans' eyes) if he got out. His refusal to throw in the towel afterwards, however, was a costly mistake. Unhelpfully, there were at least three other GOP candidates who could have filled the void had he dropped out in time (see previous link). For his intransigence—and inability to see the writing on the wall—voters of Missouri rewarded him accordingly.

Parting thought: Thankfully, Akin is not so ambitious as to primary an incumbent Senator so soon after ticking off every Republican in America. But should his political career be over? After all, the guy made one stupid comment. As Guy wrote at the time, liberals have said and done terrible things in the past and yet seem to be prospering. So I wonder: Can Akin restore his reputation and become a viable GOP candidate sometime down the road? Or is this line of thinking totally naive and unrealistic because the damage is already done?