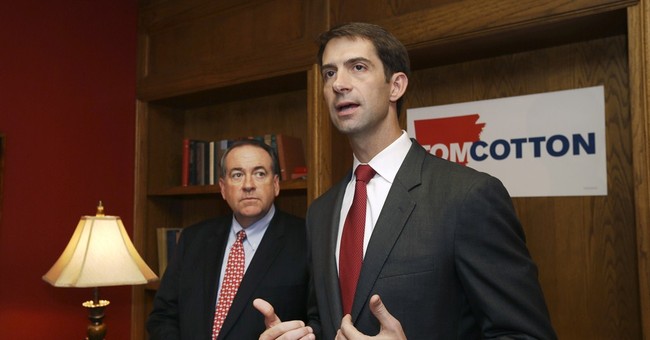 The two television debates are behind us. And while I believe there were no winners, a question still remains. Did the candidates’ performances have any discernible impact on the race itself?

It's probably too early to tell; after all, given when the poll was conducted, it's likely some voters replied to the survey before the debates even started. Even so, since the candidates squared off, the needle hasn’t moved very much; Tom Cotton is still the nominal frontrunner (although his lead is much smaller than it was in the Fox News poll released last week):

The latest Rasmussen Reports telephone survey of Likely Arkansas Voters shows Cotton with 47% of the vote to Pryor’s 44%. Four percent (4%) like some other candidate in the race, and five percent (5%) remain undecided. (To see survey question wording, click here.)

Nevertheless, Democrats are very much in it to win it and therefore busting out their secret weapon once again: Bill Clinton. “The man from Hope” will return to his native land this weekend to campaign for Pryor for three straight days; the former president will hold a series of rallies and events to bolster the prospects of his protege. Perhaps this will give Pryor the boost he needs.

Either way, Cotton's in fine shape. He’s picked up a nice endorsement, leading in the polls (see above), and crushing his opponent in the fundraising game.

But will this be enough to unseat a vulnerable Obama rubber stamp? For what it’s worth, the Cook Political Report still maintains the race is a "Toss Up.”