University Professor: ISIS and Israel Are One in the Same 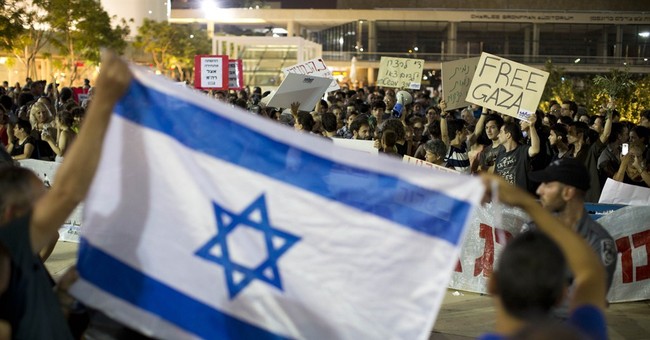 The false comparison in this tweet should be abundantly clear to pretty much everyone (via The Washington Free Beacon):

A Georgetown University professor whose father pled guilty to terrorism charges is facing criticism for comparing Israel to the terror group Islamic State of Iraq and Levant (ISIL or ISIS) on Twitter.

Georgetown University History Professor Abdullah Al-Arian, the son of Sami Al-Arian, a controversial Israel critic who pled guilty to conspiring with a terror group, tweeted out his take on a common nursery rhyme by comparing Israel to the terror group ISIL, which recently beheaded an American journalist on film. Israel goes to great lengths to protect innocent civilians from military force and rocket fire; ISIS actively seeks out innocent civilians to rape, murder, and crucify them. Israel watches in horror as Hamas breaks cease-fire agreement after ceasefire agreement; ISIS beheads American journalists in order to goad Americans and the West into fighting another war. Israel has a democratically elected government that espouses tolerance and inclusion; ISIS is committed to establishing an Islamic caliphate where those who do not convert to Islam are slaughtered as infidels.

There is no comparison between Israel and ISIS whatsoever. To suggest otherwise is wrong, purposefully misleading, and an insult to Israeli citizens everywhere.