Obama: “No God Would Stand For What [ISIL] Did Yesterday” 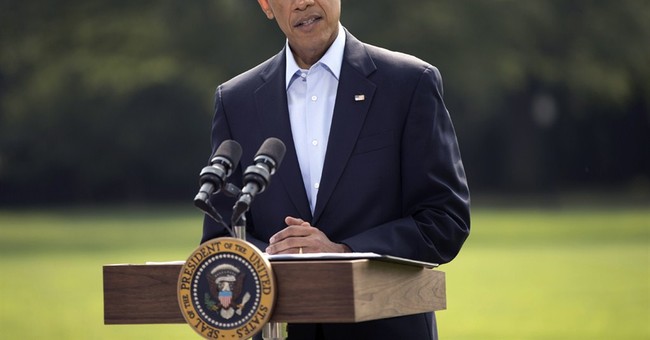 “Jim was taken from us in an act of violence that shocks the conscience of the civilized world,” the president said before eviscerating the evil and gruesome tactics of his killers.

“Let’s be clear about ISIL,” he said. “They have rampaged across cities and villages killing innocent civilians.”

“They’ve murdered Muslims [by] the thousands,” he continued. “They target Christians and religious minorities, driving them from their homes whenever they can.”

He also noted that ISIL massacres, rapes, tortures, and even enslaves their victims -- describing their ideology as both “bankrupt” and of no “value to human beings.”

“ISIL speaks for no religion,” he said. “No God would stand for what they did yesterday and what they do every single day.”

Curiously, the president didn’t address how the U.S. would fight this growing terrorist threat. He did say, however, that the U.S. has no illusions about the dangers ISIL poses to the West and civilized societies everywhere.

“We will continue to confront this hateful terrorism,” he said. “We will do everything we can to protect our people and the timeless values we stand for.”

Still, the president didn’t take any questions from reporters, nor comment on the fact that an American journalist is almost certainly still being held prisoner by ISIL.

Instead, after reading his prepared remarks, he went "straight to the golf course."