Obama: Tonight I Authorized “Military” and “Humanitarian” Operations in Iraq 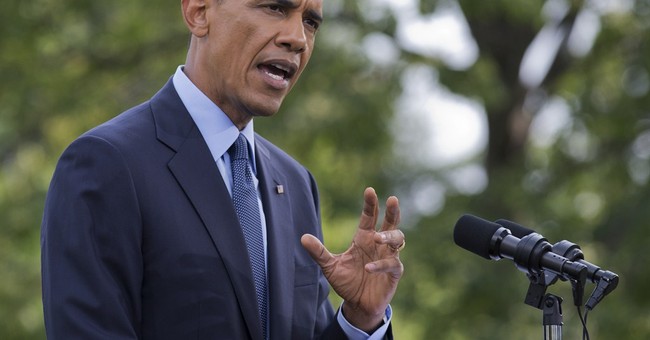 Speaking from the State Dining Room on Thurday evening, President Obama announced that he had authorized two separate operations in Iraq: a “humanitarian mission” to bring food and supplies to ethnic minorities trapped and fearing for their lives on an isolated mountain in northern Iraq, and “limited military airstrikes” to prevent ISIS from slaughtering more innocents.

“They’re without food, without water, people are starving and children are dying of thirst,” he said.

Many too, he continued, have been indiscriminately massacred or even enslaved by ISIS forces in recent weeks. It was therefore, he argued, the responsibility of the US to intervene militarily.

“These innocent families are left with a horrible choice: descend the mountain and get slaughtered, or stay and [die] from thirst and hunger,” he said. “We cannot turn a blind eye.”

At the same time, in response to cries from the international community that the US was ignoring the brewing genocide, the president assured the public that “America is coming to help.”

He made clear, however, that he would not be redeploying US ground troops to the region.

“American combat troops will not be returning to fight in Iraq,” he said.