Obama Confirms: At Least One American Died in Airliner Crash 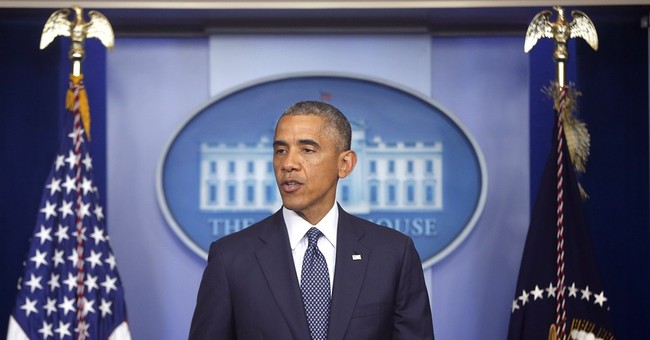 After enjoying a juicy burger and attending two Democratic fundraisers last night, the president was widely panned by critics and supporters alike for failing to adequately respond to the crises overseas. Responding to that criticism today, however, he strongly condemned the attack on Malaysian Airline 17.

“Their deaths are an outrage of unspeakable proportions,” he said.

Most significantly, too, he addressed the endless speculation in the media that 23 Americans were on board.

“We know at least one American was killed,” he intoned. His name was Quinn Lucas Schansman.

“The Dutch are close friends and stalwart allies and I want the Dutch people to know we stand shoulder-to-shoulder with them in their grief,” he said.

At which point he reiterated the facts as we understand them.

“Evidence indicates the plane was shot down by a surface-to-air missile,” he said. He affirmed the missile was launched from an area of Ukraine known to be occupied by pro-Russian separatists. He also noted that these same pro-Russian separatists had recently bragged about bringing down other aircrafts in the region. Nevertheless, he was cautious and unwilling to dole out blame.

“There has to be a credible international investigation into what happened,” he intoned.

He therefore called for Russia, Russian-backed separatists, and Ukraine to adhere to an immediate cease-fire so investigators can get to the bottom of what happened.

“Our immediate focus will be recovering those who were lost and uncovering the facts,” he said. “The eyes of the world are on Ukraine and we’re going to make sure the truth is out.”

As a side note, he also mentioned he had been in contact with Israeli Prime Minister Benjamin Netanyahu over his country’s incursion into Gaza.

“I reaffirmed my strong support for Israel to defend itself,” he said. “All of us are working here to return to the cease-fire agreed to in November 2012.”

Secretary of State John Kerry is expected to visit the region sometime soon, at the behest of the president, to help resolve the crisis diplomatically.