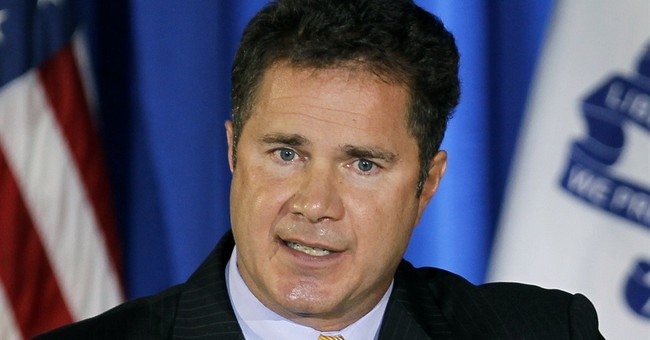 Katie brought you this head-spinning clip of Rep. Bruce Braley (D-IA) pleading with fellow trial lawyers in South Texas to chip money into his U.S. Senate campaign. (Evidently he did not know his distasteful pitch was being recorded).

Essentially, he said, if Democrats lose the open Senate seat he is seeking, and therefore lose control of the upper chamber, the results would be disastrous: Iowa Sen. Chuck Grassley, a Republican, would chair the Senate Judiciary Committee. This is a man he went on to derisively describe as “a farmer from Iowa who never went to law school.”

Here's some advice: If you’re from the Hawkeye State, don’t get caught on camera demeaning farmers. Doesn’t. Look. Good. As a consequence, the America Rising PAC released this video, playing off Paul Harvey’s famous 1978 “God Made a Farmer” radio broadcast. For some reason, the “God Made a…Trial Lawyer?” sound bite doesn’t have quite the same ring to it: