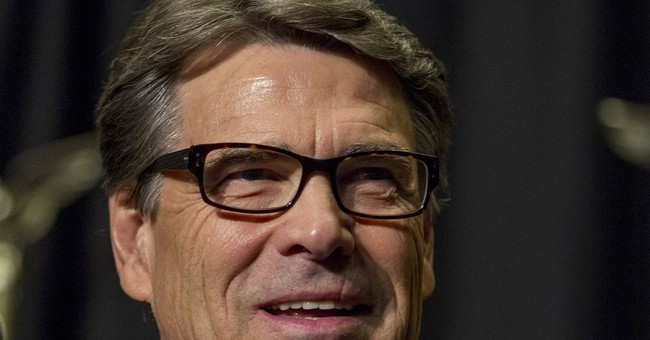 Texas Republican Governor Rick Perry is apparently quite the musician. Appearing on “Jimmy Kimmel Live” on Tuesday, he told the late-night talk show host that music was an important part of his childhood; he played piano for “six [or] seven years,” he said, and at some point along the way, learned how to play the drums, too. How do I know this? Easy: Because the late-night comedian aired an old clip of the Texas governor rockin’ out with ZZ Top.

But before we get to the best part of the interview the question everyone seems to be asking is: will Rick Perry run for president in 2016? Kimmel scoffed at the idea, of course. It "didn't go so well" the last time, he said, so why should Perry subject himself again to another grueling presidential primary campaign?

“You know, America is a great place for second chances,” the governor responded. “Let’s just leave it at that.”

Watch the second part of the interview below (via TWS):