"Band of Brothers" Legend Bill Guarnere Passes Away at 90 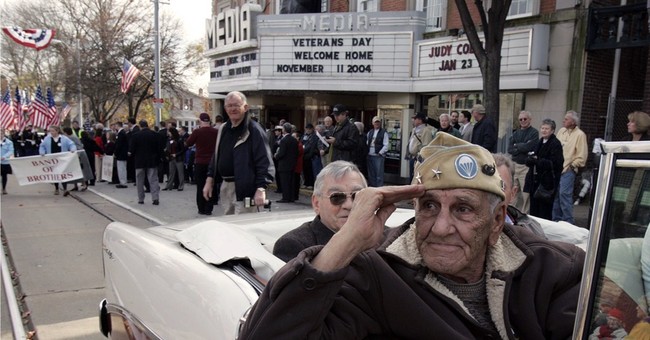 If you’ve seen HBO’s award-winning miniseries “Band of Brothers,” William “Wild Bill” Guarnere needs no introduction from me. His heroism and intrepidity in battle are self-evident to those who’ve seen it. However, for those unfamiliar with the show, it’s important -- especially for younger generations -- to know who he was.

He was a soldier in “Easy Company,” a legendary outfit in the 101st Airborne Division in the United States Army during the Second World War. In other words, he was a paratrooper. And he parachuted into Normandy on D-Day with his company, serving on the frontlines until his war service was suddenly cut short when he was grievously wounded at the Battle of the Bulge. He was highly decorated.

William "Wild Bill" Guarnere, one of the World War II veterans whose exploits were dramatized in the TV miniseries "Band of Brothers," has died. He was 90.

His son, William Guarnere Jr., confirmed Sunday that his father died at Jefferson University Hospital in Philadelphia. Guarnere was rushed to the hospital early Saturday and died of a ruptured aneurysm early Saturday night.

The younger Guarnere told FoxNews.com that like so many of his generation, "Wild Bill" didn't talk about his service, even though he lost his leg in combat.

"All we knew was he lost his leg, and that was it," William Guarnere Jr. said. "People knew more about (his service) than we did."

Read the book or watch the show to learn more about this extraordinary man. He was a true American hero and patriot. RIP.