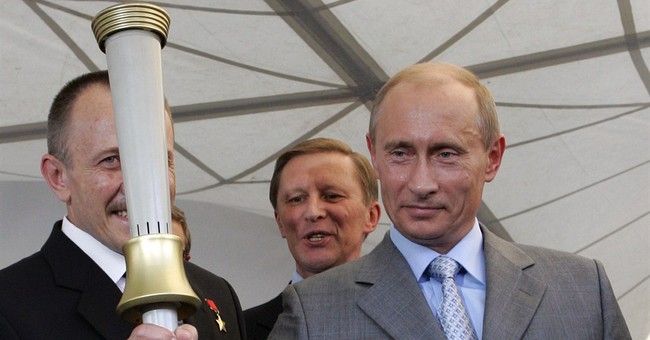 Americans’ appraisal of the nation of Russia -- which, of course, is hosting the 2014 Winter Olympics at Sochi this year -- has taken a decidedly negative turn since 2012. Sixty percent now say they have an “unfavorable” opinion of that country, which is an all-time high, according to a new Gallup poll:

President Putin, for his part, is seemingly even less liked by Americans:

Remember when Mitt Romney was laughed at and criticized by the Left for calling Russia “our number one geopolitical foe”? Perhaps he’s finally been vindicated.

Obviously there are a number of reasons why U.S.-Russia relations have deteriorated recently. Gallup flags a couple: President Putin’s refusal to give up NSA whistleblower Edward Snowden to U.S. authorities, his besting of President Obama on the world stage in Syria, and his continued crackdown on gay activism and free expression. At the same time, his anti-American screed -- which ran in the pages of the New York Times last year -- didn’t do much to improve or mend U.S-Russia relations, either.

The Cold War might be over, my friends, but the relationship between the United States and Russia is as rocky as ever. But perhaps we shouldn't be surprised.