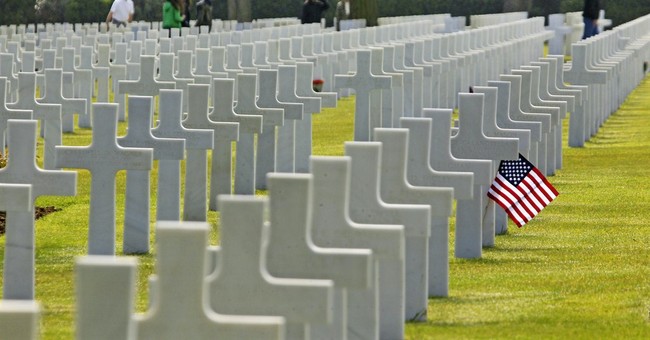 You all know the story: on June 6, 1944, 156,000 American and Allied troops invaded German-occupied France to liberate continental Europe from the yoke of National Socialism. And although it’s impossible to know the exact figure, some 1,465 American service members lost their lives on that day alone.

Somewhat unexpectedly, however, President Obama announced today that he would indeed accept French President Francois Hollande’s invitation to attend the 70th anniversary of the Allied invasion in France this summer. This will be the second time as president he’s attended the D-Day commemoration ceremonies:

President Obama said Tuesday afternoon that he would accept an invitation to visit Normandy this June to mark the 70th anniversary of the D-Day landings.

Obama made the announcement during a joint press conference with French President Francois Hollande, who had earlier invited Obama to attend the ceremony.

"This will be a strong message because we will commemorate the sacrifice made by those soldiers. But we will also celebrate reconciliation and peace," Hollande said.

Obama will become the first president to visit the D-Day memorial ceremonies twice during his presidency. He marked the 65th anniversary of the landings in 2009. President George W. Bush marked the 60th anniversary in 2004 and delivered a Memorial Day address there in 2002.

President Reagan, for his part, spoke at Pointe du Hoc 30 years ago to mark the 40th anniversary of the Allied landings. I’ll leave you with his remarks, which are as moving (and inspiring) today as when he first uttered them: