McCaskill: Nah, I "Probably" Wouldn't Want Obama Campaigning With Me Either 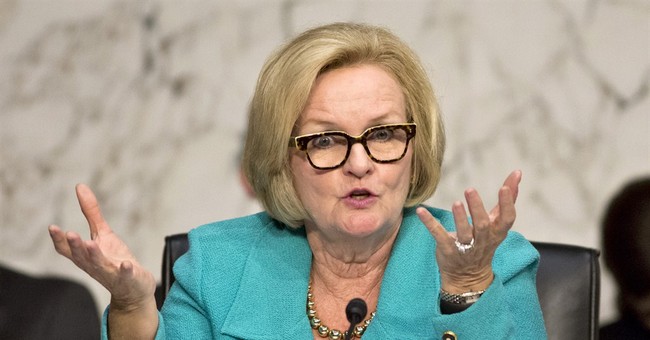 “I’m trying to be really candid and honest on this show,” Sen. Claire McCaskill (D-MO) said today on Morning Joe. And to her great credit, she was.

When asked if she would ever invite the president to campaign with her in Missouri if she was up for re-election, she didn’t hesitate. “Probably not,” she intoned.

I’d have to disagree with that last bit. If, for instance, it isn’t a big deal for Obama to go and campaign with vulnerable red state Senate Democrats, then why was Sen. Kay Hagan (D-NC) literally hiding from him when he spoke in North Carolina last month? Surely McCaskill knows as well as I do that if voters associate vulnerable incumbents with the president and his record, their chances of winning re-election will take a hit. Maybe not in a place like New England, but certainly in places like Louisiana, Arkansas, and West Virginia.

Why? Two reasons: (1) economic confidence in many southern red states is appallingly low. As we noted yesterday, Senate Democrats are defending four seats in states that finished at the bottom of the barrel in economic outlook last year. Hence the economy, as always, will be a determining factor in deciding who wins re-election, and who doesn’t. (2) Obamacare is not only poorly designed and hurting families; the administration’s on-the-fly “fixes” are adding to Democrats’ mounting list of problems. While many large employers and corporations are given preferential treatment and exemptions, individuals and small businesses are still continuing to feel the pinch. Thus why would any vulnerable Democrat who wants to keep his or her job invite the law’s namesake on the campaign trail with them? To do so would merely invite unwanted questions about Obamacare’s costs, as well as the so-called economic "recovery."

So if they were smart, Senate Democrats would follow Sen. McCaskill’s advice and keep their distance from the current administration. After all, not every Democrat is fortunate enough to have Todd Akin as their opponent.