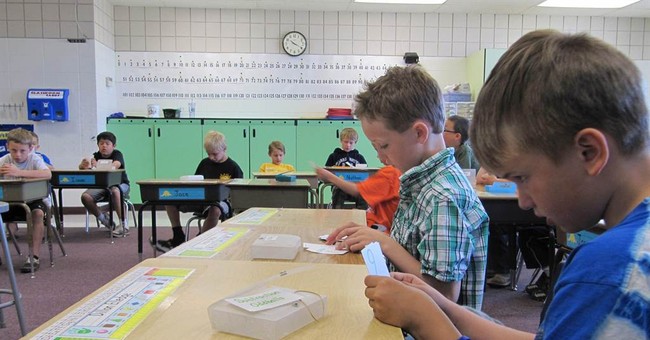 Are stories like these why teachers unions are struggling to retain members and keep their coffers full?

The Michigan Education Association is going to arbitration to try to force the West Branch-Rose City school district to pay a former teacher who was convicted of molesting a student a $10,000 severance buyout.

The father of the victim is outraged, calling the union’s efforts on behalf of the sex criminal “ludicrous” and saying any school money due to the teacher should go to his son, who is “out there trying to make it in this world all messed up.”

Neal Erickson, a former math teacher at Rose City Middle School, was convicted this summer of raping a young student over three years, from 2006 to 2009, and sentenced to 15-30 years in prison.

The case sparked community outrage when several of the district’s teachers wrote letters of support for Erickson, pleading for a lenient sentence. A school board member, Mike Eagan, also drew the public’s ire when he sat with the Erickson family at the pedophile’s sentencing.

Try wrapping your head around that one. A public school teacher was convicted of child molestation over a three year period and now the union is fighting tooth and nail to procure the rapist a severance package. I’m speechless. If anything, the school district should be giving the victim -- and his family -- some sort of financial compensation. Under no circumstances does this man deserve anything, let alone taxpayer money, from his local community. They’ll pay enough as it is keeping him behind bars for the next couple of decades.

Nonetheless, the union believes they have a strong case:

Erickson was placed on paid administrative leave when state police launched an investigation in October 2012. Erickson was arrested and charged with criminal sexual conduct in December 2012.

On March 26, 2013 WB-RC officials offered a $10,000 buyout for any qualifying teacher who left the school district that year, an incentive superintendent Dan Cwayna said the district had used in the past to encourage needed staff reductions.

While its not clear when Erickson’s employment was terminated, the union’s action suggests he was still on the payroll when the buyout was offered and accepted it.

The school district declined to pay him the money, prompting the union’s action.

The details are somewhat hazy but the long and short of it is this: the union filed a grievance shortly after the school district failed to pay their client. And they’re ostensibly not backing down:

The union’s decision to file for arbitration in the case is step two in the resolution process. Regardless of what the arbitrator decides, both the school district and the union have the right to appeal it through the court system.

Click on the very first link of the piece. Politico reports that union leaders maintain they "don’t protect bad teachers.” But I find that very hard to believe considering a union in Michigan is literally fighting for -- and defending -- a child rapist. Stunning.