Bill Clinton: If the Website Gets Fixed, No One Will Be Talking About Obamacare in “Four or Five Months” 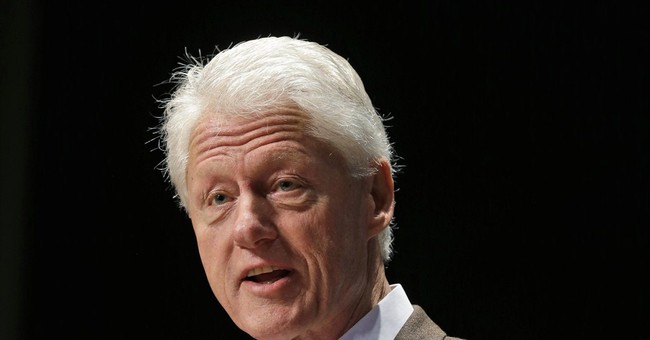 In other words, if the website is fixed, everything will be hunky-dory. Really? That’s a pretty tough sell, even for Bill Clinton:

Former President Bill Clinton, who prodded President Obama last month to keep his promises on Obamacare, said Tuesday that the political damage for Democrats from the flawed law will be “minimal.”

“I believe that if the computer problems are all fixed, and it’s up and running by — and healthy in the next several weeks, I think that the damage will be minimal,” Mr. Clinton told interviewer Jorge Ramos of Fusion. “It’s getting better. I think it’ll be fixed by — in the next few weeks. If it’s worked through, I think within four or five months people will be talking about something entirely differently.”

It’s exceedingly hard to imagine Democrats getting off scot-free from the Obamacare fiasco in 2014, as Bill Clinton implies. But for the sake of argument let’s posit that the website is indeed fixed “on time” as the former president no doubt wishes. Are we then just supposed to forget that millions of Americans lost their health insurance, lost their doctors, and lost their minds this year in the process of trying to navigate Healthcare.gov? Plus, people experiencing real hardship aren’t going to so easily forget which politicians mislead and lied to them, especially if they voted for them in the past.

The most heartbreaking story I’ve read lately is about a six-year-old girl battling cancer whose family recently found out that their daughter will no longer be covered under their “old” plan because of Obamacare. What would the law’s cheerleaders in Congress, I wonder, have to say about that? Anything? Anything at all? Like it or not, Obamacare is an albatross around Democrats’ collective necks, and it’s going to hurt them politically down the road no matter what.