Dewhurst: “I Have Been the Leading Advocate For Life in the Texas Senate” 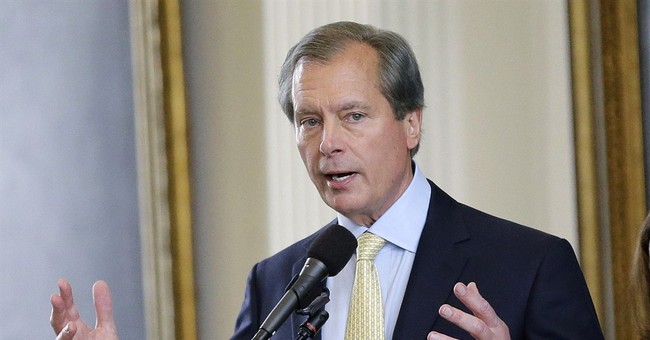 On Wednesday, Texas Lieutenant Governor David Dewhurst announced he was officially running for re-election for a fourth consecutive term. Though he lost a U.S. Senate primary run-off to Ted Cruz in 2012 (some charging he was too “moderate” a candidate to represent Texas in the upper chamber), Dewhurst is nonetheless by all accounts a bona fide conservative with a legislative track record to prove it. And if re-elected, he says, he’ll expand the policies that have made the Lone Star State the envy of the nation.

It’s no secret that Americans are flocking to Texas in search of jobs and opportunity. In fact, seven of the top ten cities in Forbes’ recent profile piece, “Best Cities For Job Growth,” are found in the Lone Star State. And of course, as Governor Rick Perry noted last spring, one-third of all new net jobs created over the past ten years in the United States were created in -- you guessed it -- Texas, a claim left-leaning Politifact later ruled as “true.”

But still, according to Dewhurst, that’s not nearly good enough.

“Every day I’m thinking about how to create more new jobs,” he said. “We know how to do that. One of the keys is you can’t be spending more money than you take in -- which is a concept that a lot of states don’t seem to understand. We live within our means.”

But it’s not only state governments that seem incapable of grasping this simple concept. The U.S. Congress hasn’t balanced the federal budget in decades and federal spending now exceeds $1 trillion every single year. Members of Congress need look no further than the Republican-controlled Texas State legislature to see how lawmakers are bolstering job creation and attracting businesses from around the world.

Still, as one might expect, Lieutenant Governor Dewhurst also cares deeply about the issue of life -- and has been at the forefront of this battle since he first entered public service. He remarked that before he was elected Lieutenant Governor in 2002, there had only been one pro-life bill ever passed in Texas Senate history. Today, however, Texas Republicans are coming off perhaps their greatest and most sweeping pro-life legislative victory to date.

“I have been the leading advocate for life in the Texas Senate,” he said reflecting on the passage of the state’s controversial anti-abortion bill last month. “Each one of these bills, including House Bill 2, is going to save lives. I had a friend of mine (a pastor) who was in the other day who said -- you know, you’re going to meet in heaven some of these babies that would not have had a chance to live. And that touched me. At the same time, we’ve got lots of men and women in Texas [that] want a chance to live their version of the American dream. They want a chance to have opportunity. And I’m all about opportunity, whether it’s for unborn babies or for people who are here.”

Dewhurst’s life story, meanwhile, is one of heartbreak and determination. He said that when he was just three years old, his father was killed by a drunk driver which forced his mother to raise him and his two brothers on a secretary’s salary. Nonetheless, he adds, he cherished his childhood -- and spoke warmly of the doors of opportunity that were always open to him as an American.

“I worked my way through high school and college. I had a wonderful upbringing -- a Mom who just loved us. I’m very fortunate. But I want to give everybody the same (or better) opportunities [than] I had.”

In other words, Dewhurst is running for re-election because he wants all Texans to attend good public schools, live in safe neighborhoods, pay lower taxes and, most importantly, have a chance at the American Dream. This is what his candidacy is all about. And why he’s hopeful Texans of all political stripes will support him.